Bidding at an auction can be a daunting experience, but to be successful in obtaining the property you must avoid these seven sins.

I know that many real estate investors are a little intimidated by the thought of bidding for a property at auction.

I can understand why – auctions are an exciting and emotionally charged event.

And even after bidding at hundreds of auctions over the last 30 years, I must admit I still get that surge of adrenaline every time.

Since auctions can also be a psychological battle, it’s important to have a strategy in place to give you the best chance of winning on the day.

Here’s a list of seven things you shouldn’t do at auctions – blunders that could cost you a great investment.

1. Not bidding at all

I find it interesting that prospective buyers sometimes don’t want to make a bid and instead let the property pass in to another buyer.

Then they hang around after the auction, hoping a deal isn’t reached so they can jump in and negotiate the bargain of the century – alas, this is usually a terrible tactic.

The way to be the winner at the end is to actually bid.

In fact, serious buyers should make sure they’re the last ones to bid, even if the property is passed in. That way they can negotiate with the seller because, not surprisingly, a favourable deal is often reached.

2. Deciding on a round number

Many bidders set an inflexible limit, and often a round number such as $700,000, for no valid reason.

Buyers should obviously do their homework and decide exactly what they can afford, but consider being a bit more flexible if you have the capacity to do so.

Often buyers miss out on a property because they’re not prepared to increase their bid by as little as $500, which seems silly when you think about the long-term capital growth potential they may miss out on.

A buyer’s auction game-day performance can shake off competition, if you get them to believe you have a bottomless wallet.

It’s important to dress like you have the means to buy the property, be assertive and stand at the front of the crowd where you can see the other bidders and they can see you.

Don’t be afraid to look other bidders straight in the eye, make sure you bid confidently in a loud clear voice and make your last bid as strong as your first bid.

Buyers who pause mid-auction to confer about their limit or intentions with their family or friends could be giving away more than they know.

If you’re there with your partner, decide on who’s actually bidding and what your limit is, and determine signs to allow you to communicate in a non-verbal fashion mid-auction.

Savvy home buyers should attend as many auctions as they can to watch the theatre of how successful bidders behave, their body language and their interaction with the auctioneer.

As I’ve said, you should be assertive even if you’re on your last bid, by making it seem like you’ve got several bids still up your sleeve.

In some cases, starting too low might invite other bidders into the auction ring and allow momentum to build.

Instead, starting with a strong, confident bid could knock out several contenders early on.

If you’ve done your market research, and hopefully you have, then making a ridiculously low offer is usually a mistake.

It’s a strange phenomenon that some buyers attend an auction and then pretend they’re not at all interested in the property.

To my mind, it works in a buyer’s favour to show interest during the entire auction campaign.

If no one bids at auction, because seemingly they’re not interested, then the vendor is entitled to make a vendor bid on the property to help move the auction along.

This can either get things started or keep things moving when the auction stalls because everyone is trying to ‘play the game’.

It’s always better to be a standout buyer, because it can help you compete better on auction day as well as get on the agent’s radar.

7. Going in too hard, too late

Just because a property is passed in, it doesn’t mean the vendor will necessarily sell the property to anyone at the auction.

They may decide to try to sell it by private treaty or even take it off the market if they’re not going to achieve the price that they wanted.

While it’s important to be assertive, prospective buyers at this point in time shouldn’t be aggressive, because this rarely works and will most likely just put the vendor offside.

George is the director of Metropole Property Strategists in Sydney. He shares his 27 years of experience in the property industry as a licensed estate agent and active property investor to help create wealth for his clients. 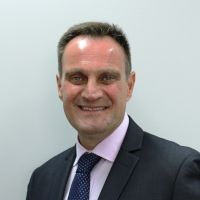