Looking for changes in these key areas of the market will get you ahead of the pack.

With all the different aspects of property investment, it’s easy to lose track of what’s important in order to make money. Sometimes it’s best to keep it simple, so I often find that the best way to identify growth is to look out for one thing: change.

Changing demographics, changing laws, changing landscapes – there are a multitude of changes that are worth looking further into to see how the market might react and how you can be first to capitalise. Here are five changes worth keeping an eye out for:

Keeping an eye out for change in any area of the market is always a good exercise if you’re keen to spot the next opportunity, but don’t forget to ask yourself what the implications of that change will be and how it will have a flow-on effect down the line. You will also need to assess your own level of risk around investing in these areas and consider whether you’re open to a more speculative, early stage of investing. Ask yourself the right questions though, and you may uncover your own emerging market.

Josh is the director of BuySide, a Sydney based Buyers Agency that specialises in locating and securing investment properties for his clients in both the Sydney and Brisbane markets. Josh has featured on Sky Business News and is the author of the property investment book Why Property Why Now. He has also recently released Suburb Investor, a mobile app to help property investors compare growth rates for suburbs across Australia.

5 market changes you can capitalise on 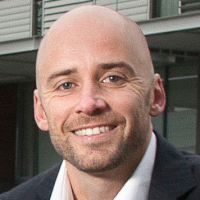