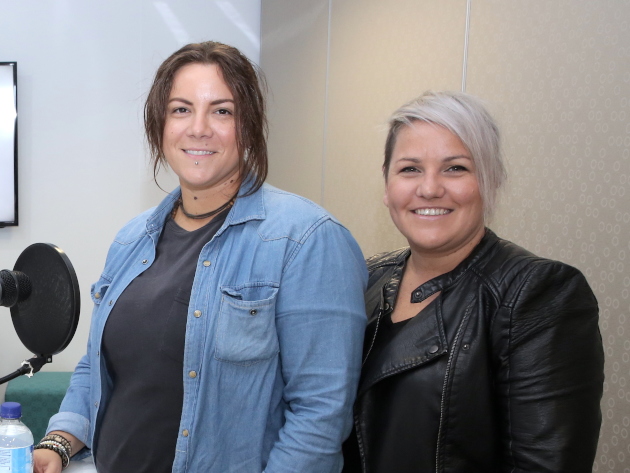 Lauren and Lena started growing their portfolio with strong purchases in two popular Sydney suburbs – but the banks weren't happy with how negatively geared they were. What did they do to get approved and get their portfolio back on track?

Lena: “At the beginning, the first two properties we bought, we flipped. They were Sydney city apartments, one in Darlinghurst and one in Potts Point. We bought, renovated, and sold. We made a bit of money out of it. We started with not much, and we built a bit of money up over those two properties. Then we bought our Cronulla unit that we renovated and we live in now. Then a year later we bought our Marrickville unit that’s got tenants, and the year after that we bought the Queensland unit. Now, about eight or nine months later, we’ve just bought the house in Queensland.

“We made all this cash from the couple of renovations that we did, and we wanted to spread it out. So we bought our Cronulla unit, we renovated it, we bought in Marrickville – and then the bank said ‘no more’, because at that stage we were making less than $120,000 a year in household income. I spent about six months reading everything that I could, worrying about what we were going to do next and how we were going to move forward. And that’s when I just decided that we were going to start paying people to find us positively geared properties.

“There is just so much information out there and you don't know how to filter it or you don’t know who to listen to. We decided on a buyer’s agent, Pure Property Investment, and we moved forward. That’s been in the last year. The last two properties in our portfolio are our Queensland properties. I was really cautious about buying out of state, away from Sydney where we know and where we’ve bought – which is why we decided to go with a buyer’s agent to secure those properties.”

Lauren: “It can be overwhelming when it is somewhere that you’re not too familiar with. Looking at a buyer’s agent and somebody that can facilitate that sort of knowledge was really where we needed to head.”

Lena: “Our Queensland properties are on the commuter belt of Brisbane, in Ipswich. One is in Bellbird Park and the other one is in Dinmore. They are good, positively geared properties, and they’ll move forward. Our Sydney properties were just starting to cost us too much money, so we had to look at ways that we could offset.”

Lauren: “When we did start our journey, we were so focused on flipping houses and thinking, ‘You know what, it’s a quick result, there's some cash there, we can move forward’. On further inspection, and as we’ve gotten older and as we’re looking at what we’re going to do in our lives, we do need to look long term. With the property market the way that it is, there is solid growth in areas if you're getting in at the right time. And that’s really what we've looked at and where we’ve gone with it.”

Lena: “I think as soon as you get past that initial thought of the cash in the bank as opposed to the equity that you see in the property, flipping is just not a good plan for a long-term strategy. It was good at the beginning because it generated quick cash for us to be able to spread out.”

Lauren: “In terms of motivation, the end goal is to have a waterfront property that we own outright, and we can still travel throughout the year, whenever we want to, and also to have some income coming in. And that’s going to take time.

“I’m quite proud of us really. I think that we’ve come a long way and I guess I think one of the things for myself personally was to just let go and be aware of the people around me that do have that knowledge. Lena obviously is the driving force behind it and being able to go, ‘You know what, this is scary at times and this is a risk, but it’s a calculated risk and where can we go from there?’.”

‘The banks said no because we were too negatively geared’ 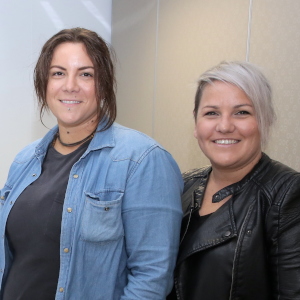