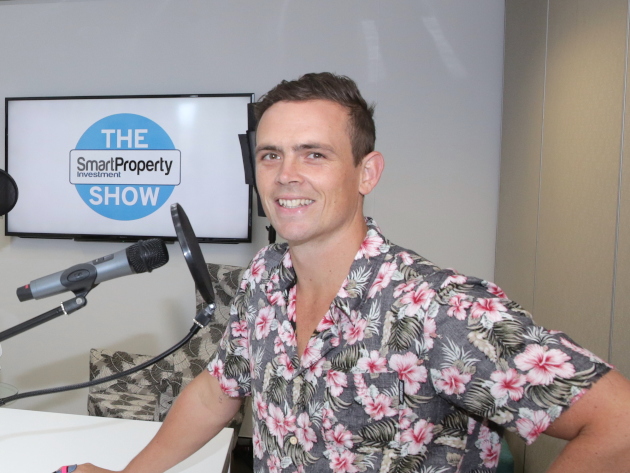 Australian cricketer Stephen O’Keefe found himself pocketing $100,000 in winnings at a young age. But a combination of factors stopped him from blowing it all on flashy cars and holidays, and turned his focus to property investment instead

“I’ve been fortunate enough to play cricket as a contracted member of NSW from about the age of 22, to where I am now at 31.

I’ve been extremely privileged. I’ve travelled around the world, been able to represent Australia, and my job is to chase a little red ball around an oval. I feel extremely humbled and privileged that that’s been my job, so to speak.

I’ve studied as well, and got a P.E. teaching degree – not that I necessarily want to go back and look after kids when I’m finished playing cricket, but it’s good to have that in the back pocket.

When I was around the age of 25, my cricket team won a champions league tour in India. I was the 16th bloke in a 15-man squad, so I was never going to play. But the way it works is that when you win a large tournament, you split the prize money evenly among 16.

I thought, ‘Well, I’ve got this large lump sum of cash, what am I going to do with it?’

We had a couple of guys come through and speak to us. Looking back now, they were probably property spruikers. They spoke to us about property, and leverage, and using other people’s money, and that sort of triggered something in my mind: ‘If I’m going to play cricket for a long time, maybe I should be creating wealth outside of that.’

That’s sort of what spawned the idea of getting into property.

I bought a property – and I guess I was a bit naive and easily led at the time – but it was an off-the-plan, four-bedroom house in Melton West, which is 35 kilometres west of Melbourne. They’d just released a whole bunch of land out there. I was given the flashy brochure, which appealed to me straight away as a youngster. I thought, ‘Oh, this looks great. It’s got all the nice fittings.’ It had a 20-page document on how Melton West is going to be the next big thing in Australia.

The land was $115,000, and I thought, ‘Well, stuff it. Worst-case scenario is that this house doesn’t get built, I get cheated out of my money, and I go back and live with Mum and Dad. I can handle that.’ I thought, ‘That worst-case scenario isn’t too bad – have a punt.’ It was a bit of an educated punt, but that’s sort of my risk profile.

It all went well, the construction went well, I still hold it and it’s still renting out today – but I probably paid $20,000 or $30,000 over what it was worth at the time. But for me, that was a better investment than buying a flashy car.

Plus, with the depreciation benefits and the rental yield on it, it’s putting $1,000 after tax in my pocket. So I’m getting $1,000 for holding this asset.

It’s going up – albeit extremely slowly. But for me that still makes sense.

Six years from that first investment, I’m currently finishing the purchase of four properties in Brisbane, bringing my portfolio up to a total of 10 properties.”