When Steve Keranas was 18, his options for entering the Sydney investment market were limited. But a little luck and the ability to see beyond appearances have him well on the way to achieving his goal of retiring at age 30.

“My plan is to work hard now, get the tough work out of the way, and then relax later in life.

That’s why I knew I wanted to invest in property as soon as I was legally able to.

I dropped out of high school at 16 and started working hard to save a deposit. I helped my Dad out with his hairdressing business, and worked as a DJ. From there I branched out into a lighting and sound business, and eventually into running my own takeaway shop in the Sydney CBD – which is where I still work.

By the time I turned 18, I had enough saved for a deposit. But getting a loan was harder than I had expected. In hindsight it’s understandable – of course a bank is going to be hesitant to hand over a loan to an 18 year old. I tried for months to secure lending for a property, unsuccessfully. Then, three months away from my 19th birthday, I was able to secure funding.

My budget meant I was fairly restricted as to what I could afford in the Sydney market. This was only three or so years ago, and even then prices were starting to take off.

There was nothing available for what I could afford – I mean $450,000 is nothing in the Sydney market, right? I was looking at houses around Chester Hill, Bass Hill, Villawood and I was looking at units around Lakemba. I was just looking at the cheapest stuff.

Eventually I found a four-bedroom house in Lakemba. It was extremely run down, to the point of being unliveable. But I decided to buy anyway.

It turned out to be one of the best decisions I ever made.

In the three years I had the place, I never spent a cent. The guy I bought it off, he’s been my tenant for the whole time. I’ve never had the place vacant, I’ve never had to do any maintenance – it’s unliveable but they live there anyway. It just happened to work out perfectly.

It’s probably a 70-year-old, perhaps 80-year-old place that’s beyond repair, but that hasn’t stopped it picking up on Sydney’s market movements either.

While I still had the place, I used the equity I’d amassed to fund a second residential purchase in San Souci. Then, spurred on by my Dad’s encouragement, I decided to sell it in order to fund a venture into commercial real estate.

It sold for nearly $800,000 earlier this year, meaning it had almost doubled in value in the short time I’d held it.

Whilst I’d prefer to take a long-term approach to my investments, I knew that the timing was too good to keep holding on to the Lakemba property. I have pretty ambitious plans to grow my portfolio in the coming years, with a mix of commercial and residential properties, and I needed the capital from that sale to kick-start that.

I’m 22 now, and I don’t plan on working a day over 30. Selling my Lakemba bargain should see me well on the way to achieving that goal.” 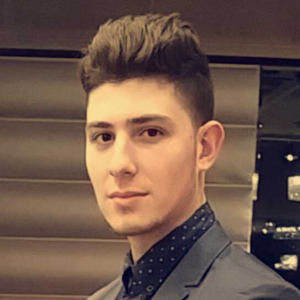