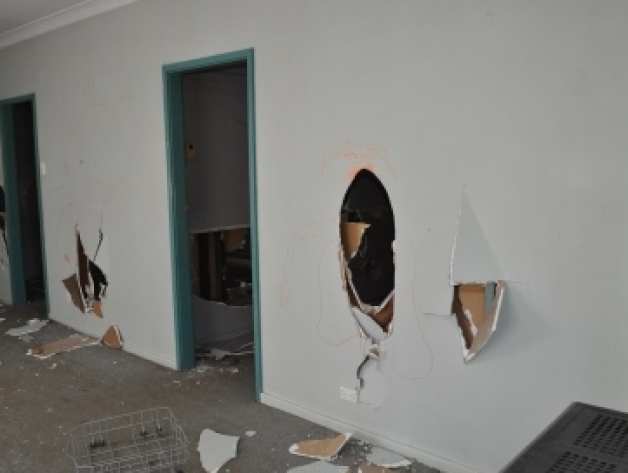 His property investment dreams may since have come true, but two years ago Michael Xia spent many a sleepless night wondering whether it was all worth it while desperately trying to figure out who had been trashing his unoccupied house.

“It was the second property I had bought in Newcastle, and the fifth in my portfolio, but it caused more of a headache than all of my previous properties put together.

In hindsight, the three-bedroom house in Cardiff, purchased for $225,000, has also given me the greatest financial rewards.

I bought late in the year, in November, towards the time where builders go on holidays and deliveries of building materials slow up, which resulted in it being unoccupied for two months after settlement.

As I am located in Sydney, I was reliant on the builder going through the house as part of the quote process to give me any updates on the property. I started getting calls from the guy saying that the wall had been smashed in, as though someone had gone in there with a sledgehammer.

Each time he phoned, the damage would get worse. Whoever was doing it kept coming back for another go.

At first I suspected he might be doing it himself in order to jack up the repair bill! After a couple of similar calls, I left work one day, jumped in the car and raced up to Newcastle.

The damage was terrible – the whole interior of the house was basically gutted. Whoever had done it had basically pulled the gyprock apart.

After filing a police report, I bought the neighbours a case of beer, and begged them to call me as soon as they heard anything happening. I returned to Sydney, stressed about what might happen next. I could hardly sleep for fear of what new damage might be inflicted upon my property!

One night shortly after this, I received a call from the neighbours. While I was on the phone I could literally hear the group of people, teenagers, smashing my house.

The police were called and the kids rode off on their bikes just as they were arriving. It must have been enough to scare them off, as that was the last of it.

We suspect that it was the kids who used to live in the place, and their schoolmates, who were responsible.

It all resulted in a lot more work being required in order to render the property fit to let, but perhaps as some kind of perverse recompense for the massive headaches the property had caused, and because it was a massive insurance claim, we actually came out ahead.

We got around $18,000 dollars back from my insurance claim. I was going to do the paint and replace some of the gyprock anyway, and I basically got it for free in the end. So it was good from that perspective, but going through it was really rough.

The builder and his crew, who were from out of town, actually slept in the property so that no-one else could get in, after they started the work. Then once it was renovated we had it rented out straightaway and haven’t had any issues with it since.

The renovation ended up costing around $40,000, and the property was subsequently revalued at $330,000. I’ve subsequently used that equity, along with that extracted from my other properties, to expand my portfolio to 14.

I’m now at the point where I can rely on the income generated from my portfolio as a source of income, to the extent where I was able to quit my corporate job last week and establish my own broking business. In the end, I guess the sleepless nights were worth it.”

'I bought the ugliest house on the street'

'I saved a deposit on an apprentice's wage' 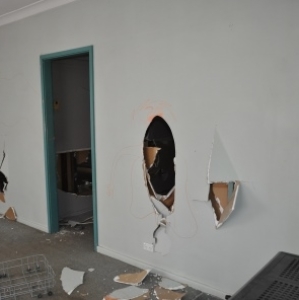