When Sharon and Neil MacBride’s investment property purchase was pulled at the last second, they didn’t have a clue where to direct their funds. It turns out the answer lay close to home.

“We tend to adopt a strategy with our investment properties that involves us living in our latest purchase for a period of time before renting it out or selling it on.

When we made the decision to move out of our Wollstonecraft penthouse it was with the intention of buying down at Balmoral Beach. We’d found the perfect house that we were were going to go in and renovate, and then retain as an investment property. But things panned out very differently to how we planned.

The property was on the market as a result of a divorce settlement. The husband had agreed to our offer, and so as we thought it was all going to go ahead we subsequently allowed tenants to go into the Wollstonecraft penthouse. In the interim, we were staying with friends who lived in the same complex in Wollstonecraft.

At the last minute the wife of the vendor at Balmoral decided to spite her husband and not accept our offer, instead accepting someone else’s without giving us the opportunity to go back with a counter-offer.

While this was happening, we found out that the friends who we were staying with were actually planning to move down to Melbourne. In a panic about where we were going to live, we made arrangements to take over their lease.

Accepting the hand that we’d been dealt, we decided to use the time in the rented apartment to check out the Wollstonecraft market again, with the view of buying a retirement property for my parents. They were looking to sell their home and since my father had worked for himself most of his working life, he didn’t have a lot of superannuation and a lot of what they’d had they’d put into the business. As a consequence, they didn’t have a lot of money to go out and buy another property.

We knew that Wollstonecraft was a good area, and that the local market was looking like it was going to go up within a short amount of time. As soon as we’d begun the search, low and behold, we were approached by the property manager that we were going through who told us that the owner of our rented apartment was putting that particular property on the market.

They told us that, if we were interested, we could talk about putting an offer in. The property had been a rental for its entire life of 17 years. Nothing had been done to it since it had been built, the carpet was old and stained and pretty horrible, and there were some significant cracks in the walls.

It looked sad, but having lived in the property, we knew that it just needed some paintwork and some gaps filling and some new flooring, but that it was structurally sound. At 184-square metres, the size was perfect for my parents too.

It’s a two-bedroom, two-bathroom apartment with a single car garage and two courtyards. From a size perspective – a two-bedroom in that area – we knew that for the low $600,000s the owner was after it was going to be a good buy.

So we put an offer in and had it accepted at $635,000. That was at the beginning of 2013. We got in just before property prices started to rise rapidly in Sydney. While we were still living there, we were able to spend $5,000 on carpets throughout, new curtains and painting. The body corporate came and inspected the cracks and agreed that it was body corporate work, so they fixed all of the cracks at their expense.

We then put it on the rental market for $630 a week, and it’s now fetching $650 a week. We’ve recently had it revalued at $810,000, which represents tremendous growth for very little outlay.

When my parents eventually sell up and decided to move, they will have the perfect ground floor unit, with plenty of space for them, and a garden and all the rest. For now, we’re receiving a great weekly rent on a property which offers plenty of equity opportunities. A property that was right under our noses the whole time." 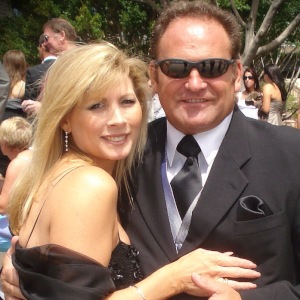