Although Lalit Bansal bought a great-value property, the owners’ bitter divorce stopped him completing the transaction on time.

The town house in Woy Woy, New South Wales, initially attracted Lalit Bansal because it seemed like a steal.

“From a numbers standpoint, it looked fantastic,” Lalit says.

The owners wanted to get rid of the property as part of their divorce proceedings – but the contract settlement day came and went without the husband and wife signing the paperwork.

Lalit’s deposit sat in a trust account, earning no interest for months. In addition, four separate caveats were taken out against the property by creditors. And the owners stopped making mortgage payments.

“There was a chance that, even though my settlement was overdue, the bank could have repossessed this property and put it up for auction,” Lalit says.

While he investigated suing the owners, he discovered the lawyer’s fee alone would be $45,000, with no guarantee of a quick resolution.

“I had to go through hell – these people were driving me nuts,” Lalit says.

Finally, six months after paying the deposit, the paperwork was fully signed. However, on the day of the transfer, Lalit was informed the insurance on the unit block had lapsed. Desperate to save the transaction, he agreed to pay insurance for the entire complex and adjust the fee from the settlement.

Ultimately, Lalit was rewarded for his persistence. Due to a hot market, the property shot up in value by over $85,000 during the six months of negotiation. Lalit was able to immediately have the property revalued and extract equity to fund his next purchases.

However, he cautions other investors to think twice before jumping into a similar scenario just to snap up a cheap property.

“After going through this headache, I sometimes ask, ‘do I really want that value in the property?’ If you can risk your money for six months, do it, but there’s no guarantee that it will pay off.”

'How we got around the investor lending crackdown' 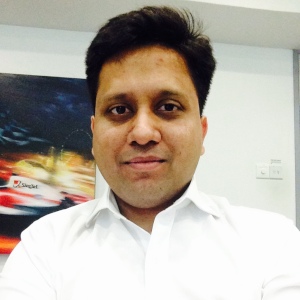