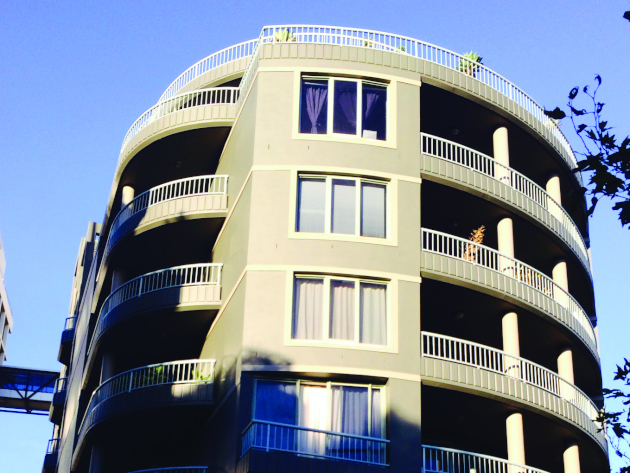 A few years ago, people told Natalie she was nuts for buying into a changing Sydney suburb, but now she's reaping the rewards.

Natalie had been living in Sydney’s Redfern for some time before she became sick of “wasting money” on rent.

She’d been keeping an eye on the property market in the area and had worked hard to save up a deposit. In 2009 when she was in her early 30s, a two-bedroom, two-bathroom unit came onto the market, which also offered 180-degree views of the Sydney CBD and ANZAC Bridge, a spa bath and off-street parking.

“The vendors were desperate to sell,” Natalie explains. “They were in quite a bit of financial strife. I managed to get the price down to $435,000.”

Natalie’s biggest difficulty in purchasing the property came when she was trying to secure the loan.

“It was difficult to save my deposit to be honest. I had proof that I had been saving and that my deposit was genuine, but the bank didn’t believe it was all genuine savings, so I had to pay lender’s mortgage insurance, which I wasn’t really happy about,” she says.

Natalie had purchased the property to function as an investment that she could move into down the track.

“When I bought the property I was renting two minutes down the road, I had a housemate and it wasn’t the right time to move,” she says. “But I just wanted something that was mine – something that I could live in if I wanted, renovate if I felt like it or make money from.”

The unit also came with tenants who had lived there for over 10 years and Natalie was in no rush to move them along. In late 2010, when Natalie’s lease on the property she was living in wrapped up, she decided to move into her investment property. She did some renovations and stayed for about a year and a half.

She then moved down to her now-husband’s property on the New South Wales south coast, but had no desire to let her property go.

“It was a brilliant buy and I knew the market was only going to keep going up. To be honest even if my husband didn’t have the property down the south coast and I had to buy somewhere else, I wouldn’t have had to sell the Redfern property – it pays for itself, so I could have held onto it regardless,” she says.

“When I was buying back in 2009, so many people told me I was an idiot for buying in Redfern, but now I’m just laughing about how wrong they were.”

'People told me not to invest - now I'm laughing'