Catherine and Leon decided to buy a property that 30 other prospective investors had turned down before even opening the front door. Nine weeks later they sold their investment for a profit of $110,000.

When Catherine and Leon discovered a derelict house in Ferny Hills on the internet for $250,000, they felt compelled to investigate the property’s condition.

“The house was in a terrible state,” Catherine says. “The previous owner was a hoarder who had left rubbish all over the property.” However, the couple were able to look past the property’s neglected condition and see its investment potential.

“After exploring the house in greater detail we saw that the framework was solid,” Leon says.

“The asking price was also very cheap – not much more than the property’s land value,” Catherine adds. So how did the couple go about renovating a project of this size? “We estimated that it would cost about $64,000 to renovate.” Though the couple were eager to self-manage the project, they understood that a project of this size would require the advice of an industry professional.

“The best thing about our renovation specialist was that she viewed the property objectively,” Leon says.

“With our budget in mind, she produced a 25-page document that listed everything from colour schemes and door handles, to landscaping designs and bathroom fittings.”

A key factor in the couple’s success was their focus on an investment return.

“A builder quoted us $120,000 to carry out the entire renovation, but our profit would have been minimal with that strategy,” Catherine says. “We got between three to eight quotes from specialists for each renovation zone.”

However, after successfully removing asbestos, installing stone bench tops, and replacing the property’s kitchen and bathrooms, the pair ran into finance issues.

“The bank didn’t want to lend until the house was habitable,” Leon says.

“Some of the restoration took longer than we anticipated, and we hadn’t considered how issues like faulty floorboards and guttering would factor into risk ratings on the valuation report.”

The pair managed to avoid major mortgage issues by exploring multiple lending options and ensuring that contractors gave their full support to the project.

The couple suggest that tradespeople who ask insightful questions about the project are more likely to do a thorough job and will save you money in the long run.

“We had some issues with tradespeople carrying out poor or incomplete work,” Catherine says. “Work with people who show a genuine interest in your investment – even if they are a bit more expensive.”

'We turned an asbestos-ridden, former hoarder's house into renovation riches' 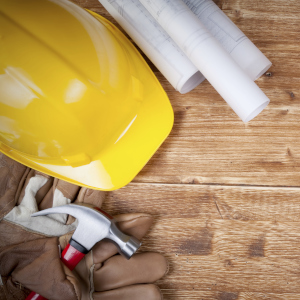