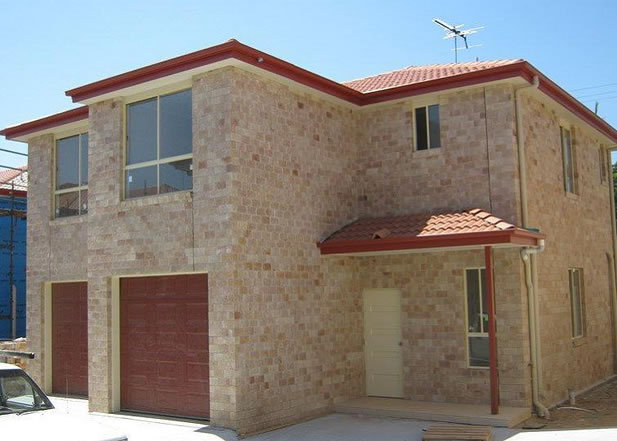 Amanda and Mark Ikin had to work around various obstacles – they had limited superannuation, were self-employed and had to move to the country with a young family – but they still managed to move beyond investment property number one.

In 2008, Amanda bought her parents’ previous principal place of residence to test the property investment waters. The house, in Narre Warren South in Victoria, was in the same suburb where she was living.

When she and Mark moved out to Maffra in 2011, they decided to sell this property and instead turn their home (also in Narre Warren South) into an investment property.

“We couldn’t keep all the balls in the air. We couldn’t afford to keep my parents’ old place, hold onto our principal place of residence in Narre Warren South and build a new place to live. So we made a decision at that time that I’d gotten what I needed out of my parents’ old place. We also realised our old principal place of residence made the better investment.”

Amanda says on paper it looked like they wouldn’t be able to pull it off, but they managed to scrape together the money.

The couple sat on their new principal place of residence and Narre Warren investment for a while, before they were able to purchase their second investment in April 2014 using equity in their old Narre Warren property.

“We had paid quite a substantial amount of the mortgage off in that property when we were living in it, so that put us in a really good position to then move forward,” she says.

Despite the equity they had acquired, the couple’s self-employed status and young family was off-putting to some lenders.

Amanda did some research before putting in loan applications to avoid damaging their credit rating and was told that they wouldn’t be able to borrow much more than $20,000 – “not nearly enough for a property”.

The couple then realised however, that they needed to stop going back to the same bank and employed experienced mortgage brokers with access to more lenders.

“This particular lending institution was one of the toughest as far as lending criteria goes, so it was good for us to find alternatives,” Amanda says.

The couple’s second investment property purchase was in Richlands in Queensland – a three-bedroom, two-bathroom town house, which they secured for $299,000 while at Melbourne airport on the way back from a holiday.

“We’d come across this deal before going away, but didn’t have time to get everything organised,” Amanda says. “But we actually had to come back from Thailand early because my daughter was sick. I’d already done my research and everything before we’d left and it ticked all the boxes. Just by chance we were back at Melbourne airport at the right time – so we went straight from the airport to the bank to get the money sorted.”

The couple purchased again in July this year in Lockridge in Western Australia and Amanda says things are tracking well.

“We can’t have our portfolio impacting our everyday spending. We’re self-employed with two young kids, so our portfolio has to be self servicing.

“At the moment our properties are getting us what we want and helping us achieve our goals. We don’t want to be having to work until we’re 70. It’s just about constant reviews and making sure you’re on track. Sometimes you just have to take a step back and go ‘Hang on, we’ve achieved a lot’. Sometimes it feels like you’re not moving but you really are. You lose track of how far you’ve come.

“Sometimes I sit back and I think ‘Wow. We’ve actually done two properties in the space of three months here’. At the time you often think nothing of it, but when you say it out loud you kind of go ‘Oh yeah, we’ve really done something’.”

The banks said no, but we kept going