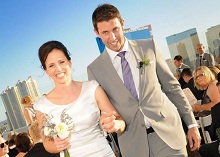 In just four years, Paul Glossop has transformed a $20,000 deposit into a $2.7 million portfolio – but his purchases and DIY renovations haven’t always yielded positive results.

When Paul Glossop secured a small, dilapidated property in Cronulla with a $20,000 deposit he initially intended to settle there. However, his investment journey had only just begun – four-and-a-half years on, his property portfolio stands at $2.7 million dollars.

Soon after securing the two bedroom apartment in Sydney’s south in 2010, Paul began transforming the property into a more modern, appealing residence.

“The kitchen had floral cupboards and there was brown carpet throughout the unit,” he says.

“That kind of flooring works well for in-house rock festivals but not much else.”

However, the property’s small size meant that it could be turned around within two-and-a-half weeks. Paul’s decision to self-manage the project paid off when it came to budget constraints.

“We saved some money by getting quotes from different subcontractors instead of using a one-stop shop renovation team,” he says.

Prior to this investment, Paul and his wife had been living in a rented property in Cronulla. They were attracted to the area’s good facilities and its close proximity to the beach. They had planned to make this first purchase a long-term family home, however, the couple’s successful renovation encouraged them to consider other investment options.

“We were curious to see how far the renovation could increase our equity,” Paul says.

“About a year later we put down a deposit for a property in Mount Druitt.”

The renovation of this property required a budget similar to that of Cronulla, a lot of late night painting, and one very ill mate. After the Cronulla purchase, Paul decided to secure a property in Mount Druitt with the help of a buyer’s agent.

“Having the opportunity to analyse the property in detail with an industry professional was very reassuring. We looked at everything from structural longevity to the wider suburb’s average rental yields and capital growth.”

The experience also encouraged Paul to consider how pursuing a career in investment would factor in to his family life.

“My wife has a very busy career outside of property investment and I respect that,” he says.

Paul explains that his wife has seen only one out of his eight investment properties prior to purchase.

“Although she didn’t have the chance to see the Mount Druitt property, she trusted me enough to know that I had done the homework and researched its feasibility as a good investment,” he says.

He believes that this aspect of their relationship is essential when dealing in a fast-moving market, particularly when it involves popular investment opportunities.

“Properties that are structurally sound and in desirable locations are never going to sit long on the market,” he says.

In with the new

This rapid response strategy enabled Paul to purchase a corner block house in Campbelltown next. Paul’s growing confidence in his renovation abilities meant that he was not put off by the property’s chaotic state.

“There was about 20 years’ worth of tyres and old cars sitting in the front garden,” he says.

“The renovation cost about $10,000. We replaced the asbestos roof with a Colorbond one and gave the whole place a deep clean.”

But Paul always had bigger plans for the property. Seeing the opportunity for increased rental yields and a reduction in land tax obligations motivated him to build a two-bedroom flat annexe.

“A company that specialises in this kind of extension built the flat adopting the same style that I had renovated the property in,” he says.

The ‘turnkey’ agreement of this development allowed Paul to continue working full time, and enabled new tenants to move in on the day the flat was completed.

“The flat yields at about 18 per cent compared to its building cost,” Paul explains.

However, the tenants of the original property prevented this investment from being entirely trouble-free. Rental payments were infrequent due to the occupants’ close relationship with the previous owner.

“There was no rental history, no inspection reports, not even a written contract,” he says.

Paul’s solution was to find new tenants and have them sign a written agreement. The experience also taught him to get landlord insurance for all subsequent purchases.

“It gives you great peace of mind to know that issues such as missed rental payments, damage to furnishings and theft are all taken care of,” he says.

Paul’s insurance policy proved to be essential when it came to buying two adjacent properties in Warilla in the Wollongong urban area. Finding tenants who would treat the property well ended up being a difficult task.

“Over three years I had gone through eight tenants at one of these properties alone.

“One of the properties required a $15,000 insurance claim after the kitchen became a boxing ring for a domestic dispute,” he says.

Paul credits his insurance policy with protecting his investment and regards each of these problematic occupancies as a lesson learnt. For example, he took the opportunity to review his tenant screening process.

“I changed property managers after becoming dissatisfied with the tenants they were finding for the property. The new manager took on board my concerns with regard to the type of tenant I was looking for,” he says.

Paul also recognises that a property’s capital growth starts but does not end with a property manager finding the correct tenants.

“Once we had developed a more robust screening process we equipped the property with features that desirable tenants would appreciate and maintain.”

These changes did the job. The property’s new tenants are diligent in their rental payments and Paul now receives $640 a week in rental income. Moreover, the property’s thoughtful renovations make finding tenants easier and have led to $100,000 capital gains.

Although Paul’s property investment journey started in Sydney, he now sees Brisbane as possessing the most attractive investment opportunities.

“My attention has shifted to the south east corridor of Brisbane. This is one of the reasons for selling three of my Sydney properties over the next few months.”

Paul views the Brisbane property market in the same way he did Sydney’s four years ago.

“If you look at the 2011 economic environment in Sydney, interest rates were falling, unemployment was low and wage growth was pretty substantial,” he explains.

Despite Brisbane’s encouraging signs, Paul’s next investment might surprise some readers. He decided to buy a two-bedroom villa in Brassall, an area that was severely affected by regional floods in 2011.

“The property is in a complex that was several feet underwater at one stage,” he says.

After finding the property online, Paul researched what was being done to prevent future flooding there.

“I decided to take a calculated risk because I was impressed by Brisbane’s ‘Flood Smart Future’ strategy,” he says.

“The property has been brought back to a fully habitable state since being renovated,” he adds.

Paul was also attracted to the property’s reduced price. Its market value in 2011 was about $230,000 – two years later Paul purchased it for $142,000. Since then, his potentially risky investment has been paying off.

“We quickly found tenants for the property and since then it’s appreciated at 16 per cent.”

Paul is optimistic about the property’s capital growth potential.

“The flood prevention systems will only get better over time and this will increase local confidence. It’s the type of investment that should come good within a couple of years,” he says.

Whilst the environmental dangers will always exist, he believes that buyer-hesitancy can be an equally crippling factor in the property investment market. In hindsight, he sees that there were many risks surrounding his initial Sydney investments.

“Few of my friends could understand why I was buying property in Sydney while the market was saturated and flatlining post-GFC,” he says.

“Although Sydney’s days as an invincible investment hub may be over, there is a lot to be said for not being overly cautious.”

Paul’s current portfolio gives him a total equity of $900,000, but he argues that it could also encourage complacency. Therefore, he is careful to treat this equity amount as a business, as opposed to a lifestyle investment.

“That kind of money gives you confidence with purchase decisions but it shouldn’t change your lifestyle or outlook too much,” he says.

Paul says equity can be an elusive goal for some investors who make poor purchasing decisions – but it can be easy to get carried away too.

“My original goal was to have a million dollars in equity by the time I was 35,” he says.

“Equity sounds like a nice word but it’s really just an abstract amount dependent on market forces – it’s not like it’s money in your hand!”

The figures involved in renovating can also be misleading, especially if you fail to account for personal costs, he says.

Paul describes the renovation of his third investment, a four-bedroom property in Muswellbrook, as “a nightmare”.

“The house’s level of disrepair, together with its size, required $70,000 of renovation work,” he says.

“I spent three months driving four hours to Muswellbrook on Friday nights to help with the work, then driving back in time for work on Monday.”

Sometimes, the property game means that your hardest work yields the smallest rewards. Muswellbrook was hit hard by the mining downturn towards the end of 2012 and hasn’t showed much sign of recovering.

Paul’s intention had been to buy, renovate and sell the property for a profit of about $30,000. However, the area’s oversupply of property has driven house prices down and prevented Paul from realising his renovation value-adds.

“I decided to keep the property for longer than I probably should have so I could avoid the capital gains tax.”

“You live and you learn,” he adds.

Paul’s experience has encouraged him to maintain a keener eye on market conditions.

“Now, I regularly use Google and other search engines to gain an understanding of everything from an area’s demographics to prospective business investment.

“Building this intelligence into my appraisals before purchase can help in making the right investment decision,” he says.

But, Paul’s most profound message to investors goes deeper than market research – the property market is, after all, not for everyone. It is important to remember that all property investments, irrespective of their size, carry the potential risk to be both financially and emotionally draining.

“If you want to grow your portfolio, then you need be comfortable living with the abstract nature of the property market,” he says.

“If you’re not comfortable with the amount of exposure that comes with a large portfolio then it’s not for you. No amount of money is worth losing sleep over.”