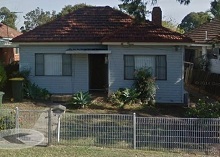 Mitchell Burge has built an 11-property portfolio in just over two-and-a-half years. A large part of his strategy is beating the crowd to the next hotspot.

Mitchell focuses on paying less than the market value in areas that are set to boom.

“We’re buying below value and then it goes up – automatically, the gap between what you paid and what it is worth is phenomenal,” he says.

As the property’s value rises, rents also get pushed up and the rental income increases. Your share of the ownership grows without you spending a cent, Mitchell says.

While Mitchell has bought in Sydney in the past, his attention is currently on the Brisbane market. He relies on his buyer’s agents, Right Property Group, to help spot areas due for a turnaround.

“Right now, everyone is pulling out of Sydney and looking for the next place – that place is Brisbane. Thanks to my buyer’s agents, we’ve been buying in Brisbane for two years. But the rest of the country is only just starting to catch on.”

As other investors flock to the market, they drive up demand for Mitchell’s properties. In the meantime, he and his team have already moved on to the next area.

In evaluating markets with growth potential, Mitchell favours lower socio-economic suburbs on the outskirts of cities.

As a result, he believes demand in these areas is always robust, making them essentially “recession-proof”.

In Mitchell’s eyes, the key to investment success is being able to stay one step ahead of the game.

“If you study the right area and get in at the right time, you can pick the storm before it hits,” he says.

How to pick a suburb before it takes off