It’s been several days since the NSW government announced measures to address housing affordability. How has the property industry reacted to these changes?

The announcement by the state government to introduce schemes to improve housing affordability for first home buyers has received mixed responses.

The measures include stamp duty exceptions for first home buyers and additional impediments for investors, both domestic and foreign, to come into effect 1 July.

Here's what some experts had to say about the amendments:

Steps in the right direction

Real Estate Institute of NSW’s president John Cunningham says the moves are a step in the right direction.

“It is great to see that the NSW government has recognised the significant role that existing properties play in the issue of housing affordability and the restrictions first home buyers faced with paying excessive amounts of stamp duty,” Mr Cunningham said.

However, he said more needs to be done. Mr Cunningham said the surcharges for foreign investors could turn them away, which could in turn cause local employment to drop.

Mr Cunningham wants stamp duty concessions for retirees to encourage them to move into smaller properties and free up housing for families and low-income earners.

The Property Council of Australia also welcomed the new measures, saying the state needs to focus on increasing supply.

“We simply must build more homes and increasing the number of priority precincts to 15 is a good move and will mean that transport and infrastructure investment can be integrated with land use and decision making can be streamlined,” Property Council NSW deputy executive director Cheryl Thomas said.

“Smaller lot sizes and incorporating codes for faster housing approvals in the priority precincts is a move that will enable diverse housing to be built more quickly – good news for those seeking a home.”

However, Ms Thomas also raised concerns with the tax changes for foreign investment.

“We must be careful that foreign investment does not become the bogeyman in our housing policy approaches. Let’s not jump at shadows. Foreign investment promotes growth, jobs and contributes to this state’s income.”

Amendments are too late

Mortgage Choice’s CEO John Flavell the measures have come late and may not go far enough to address the housing affordability crisis.

“Premier Gladys Berejiklian announced in January that housing affordability was a key priority for her and the state, so I am somewhat disappointed to see that it has taken her this long to implement change,” Mr Flavell said.

“Furthermore, I wonder whether or not the changes proposed by state government actually go far enough to have any significant impact on the housing affordability crisis.”

Todd Hunter, founder and director of wHeregroup said the amendments are “too little, too late”. He said rapidly rising property prices in Sydney essentially render the stamp duty exemptions useless.

It is a different scenario in regional NSW where cheaper prices will help first home buyers enter the market.

“The winner in all this is probably going to be regional NSW for first home owners, so they will probably be the true benefits out of this… [In regional NSW] the property markets haven’t done what Sydney have done,” Mr Hunter said.

Mr Hunter embraced the changes to foreign investment, but he said they would not affect wealthier investors.

“The wealthy … who were going to buy into Australia anyway, I don’t think it’s going to make too much difference to them, but it will slow a few down.” 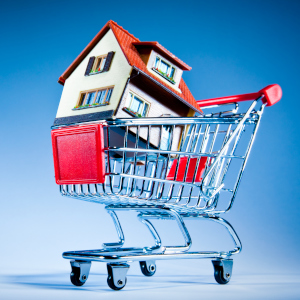