A new report has highlighted the positive impact foreign investment has on real estate and the economy, calling on politicians to stop “decrying” its influence.

The Benefits of Foreign Investment in Real Estate report, commissioned by the Property Council of Australia, will be presented to domestic and international leaders in response to political campaigns against foreign investment.

“The report demonstrates that Australia has one of the most stringent regulations for foreign investment in real estate. This is even though real estate, unlike every other good, cannot be taken out of Australia. We are not arguing for a less stringent system, but we are warning of the dangers of a political and media culture that seeks to decry foreign investment,” Mr Morrison said.

“Too many political leaders are now too frightened to defend what is an essential part of the Australian economic DNA and this is dangerous. Foreign investment in real estate gets new projects off the ground, increases housing and office stock, boosts our national capacity and increases tax collections to all levels of government.

With state and federal governments introducing new taxes and charges for foreign investment, Mr Morrison views these as “taxes on Australia’s attractiveness as a place for investment”.

One common criticism of foreign investment is that it raises property prices. However, Mr Morrison, citing Treasury data, said foreign investments raised prices in Sydney and Melbourne by only $80 to $122 per quarter. Treasury said in a study the amount foreign buyers added to prices was “minor”.

The report says foreign investment in the Australian real estate industry is beneficial in several ways, including:

Reducing foreign investment would reduce the value in not only Australian real estate, but the overall Australian economy, Mr Morrison said.

“If foreign investment in new commercial buildings fell by 20 per cent, it would result in a cumulative fall in Australia’s GDP of $21.4 billion over 10 years, reduce annual GDP by $3.2 billion and result in a loss of $8 billion in Commonwealth revenues and $2 billion in state revenues,” he said.

“In total, the loss of GDP would be akin to the loss of Australia’s coal-fired electricity industry.”

According to Mr Morrison, the impact with reducing new residential dwellings, while not as severe as reducing foreign investment in new commercial buildings, would still significantly affect the economy by reducing “Australia’s economic output by a cumulative $14.8 billion over 10 years, reduce annual real GDP by $2.3 billion and result in a $5 billion loss in Commonwealth revenues and $1 billion in state revenues”, an equivalent of losing Australia’s renewable energy industry three times over. 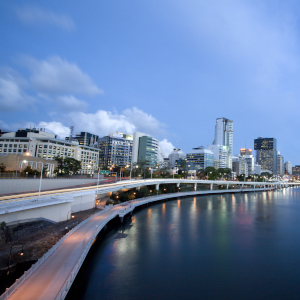