Recent data has revealed that 25.2 per cent of the combined capital city suburbs in Australia have a median house price of at least $1 million.

According to Troy Gunasekera, national spokesperson for property investment support group Property Club, the number of million dollar capital city suburbs has increase from 10.1 per cent to 25.2 per cent over the last five years.

Sydney was said to have the highest proportion of suburbs with a median price of at least $1 million, at 54.3 per cent, followed by Melbourne at 28.8 per cent.

“Price inflation has seen the number of suburbs with a median house price of at least $1 million in Sydney more than double over the past five years since 2012 when the percentage was 20.3 per cent,” said Mr Gunasekera.

Mr Gunasekera also said that that property tax collections by the government have increased, placing property buyers in a difficult position.

“Since 2010, annual property tax collections by government have surged by 42 per cent throughout Australia, compared to an 17 per cent increase in GST collections over the same period,” he said.

“For example, in Sydney and Melbourne, property buyers were paying on average between $31,763 and $32,680 in stamp duty charges when buying a property, while in other capital cities, average stamp duty charges for buying an average home can range from $17,000 in Perth to $20,000 in Adelaide.

“As a result of this surge in property taxes, property buyers in most capital cities of Australia are now paying the equivalent cost of buying a new car in stamp duty costs.”

Quarter of capital cities have median house prices over $1m 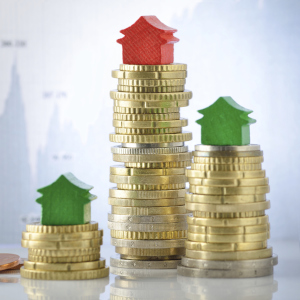