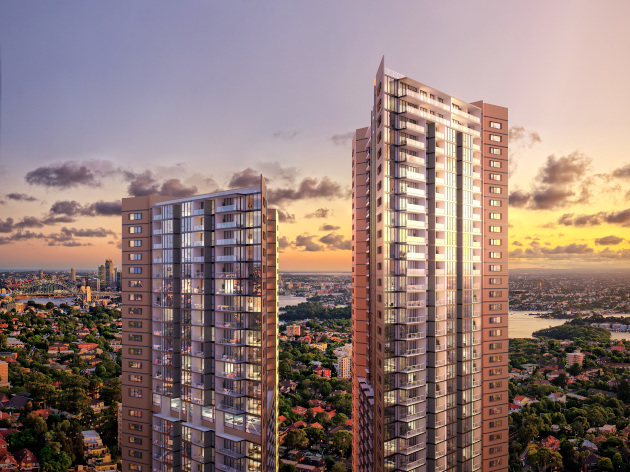 St Leonards Square, a new development in northern Sydney with new apartments and commercial space announced to be completed by 2019 officially broke ground in a ground-breaking ceremony.

The project, a joint venture between Mirvac and partner Ping An Real Estate, will see the area become a hotspot with 526 apartments and 7,500 square metres of retail space, and has been motivated by the upcoming Sydney Metro station at Crows Nest.

“St Leonards is undergoing enormous change from a largely commercial precinct to a mixed use destination that is attractive for living, working and leisure,” said Mirvac CEO and managing director Susan Lloyd-Hurwitz at the ground-breaking ceremony.

“The success of this urban renewal process is dependent on good public transport and while there is an existing rail station at St Leonards that links to Chatswood and the CBD, the arrival of the Sydney Metro with the Crows Nest station not only meets future demand but elevates mobility and accessibility to a new level.

“For residents at St Leonards Square the Sydney Metro will mean a ‘turn up and go’ experience with a train planned every four minutes in peak times, halving travel times to Central and Martin Place and providing a fast, direct link to knowledge-based employment centres such as North Ryde and Barangaroo.”

Response to St Leonard Square has been viewed as positive by Mirvac, with over 70 per cent of space in the two proposed towers of the square sold in the first day and current sales exceeding 90 per cent.

“We felt confident that St Leonards Square would meet the needs of discerning purchasers, despite the very competitive environment with competing projects nearby,” Ms Lloyd-Hurwitz said. 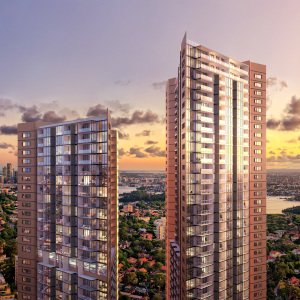