A major real estate agency has said that findings indicate regional Queensland could be an untapped “property hotspot” for southern investors.

Steve Worrad, state general manager for Raine & Horne Queensland, said that it was “time for investors from Sydney and Melbourne to sit up and take notice” of the state’s regional suburbs hosting property affordability, high-yielding returns and low vacancy rates.

“Towns such as Rockhampton, Nanango, Bundaberg, Kingaroy and Hervey Bay have loads of quality rental properties as low as $145,000, which is a fraction of the price of a Sydney or Melbourne apartment,” Mr Worrad said.

“Many of these regional markets have low vacancy rates and properties delivering returns of 7-8 per cent.”

Mr Worrad urged property investors to consider buying in regional towns such as these with “strong, diversified economies that provide plenty of job opportunities”, but said that the “biggest problem” for these centres was that their investment opportunities remained a secret to “Australia’s biggest audience of investors in NSW and Victoria”.

The state’s South Burnett region, home to towns such as Nanango, has been “tipped to become Queensland’s Hunter Valley” due to its expanding wine industry. The region is also home to the Tarong power station, a major employer for the area.

“What’s more, the median three-bedroom house price in Nanango is $180,000, which can generate rents of $250 a week – this is a gross yield of 7 per cent, which is very attractive compared to Sydney, where the median… rental yields are 2.8 per cent,” said Greg Pogson, principal of Raine & Horne Nanango.

Josh Rub, principal for Raine & Horne Bundaberg, added that his hometown had also become a “thriving” regional centre, providing “health care, retail and other essential services for communities in the surrounding areas”.

“It’s a key employment centre for the region [and] there are growing areas of employment that are likely to draw more people to Bundaberg in the future, including the aviation industry, health care, technology and professional services,” he said.

“Tourism is seeing an uptick in Queensland and that could also mean more employment opportunities in the hospitality industry given Bundaberg’s proximity to the Great Barrier Reef.”

Mr Rub concluded by adding the Queensland government has recognised the port’s potential and has flagged areas around it for further development. 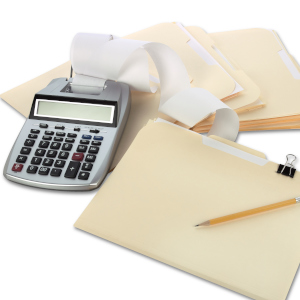