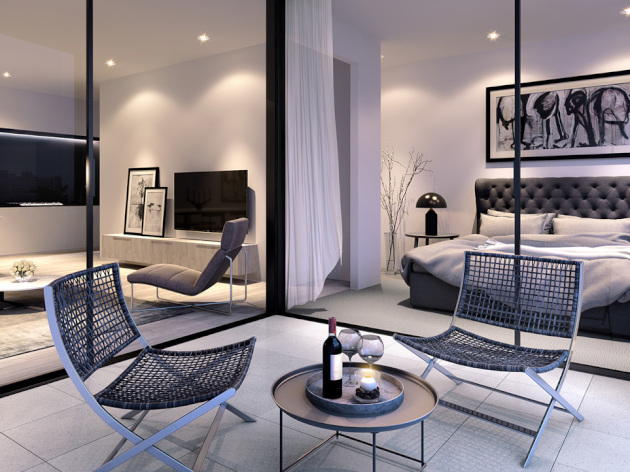 A new development in a sought after Sydney suburb will launch in April 2017.

Bondi Central will comprise of two buildings which integrate with each other. The development will feature one-, two- and three-bedroom apartments and is located in the heart of bustling eastern suburb Bondi Junction.

The project will feature a mosaic atrium and glass façade and a lively arcade filled with cafes, delis and shops. All apartments come with parking.

The apartments will also feature a rooftop sky garden that provides city skyline, Sydney harbour and Centennial Bay views. It is located 400 metres from the Bondi Junction terminus.

“Bondi Central is situated in the midst of Sydney's beautiful Eastern Suburbs and offers an unparalleled lifestyle with the convenience of Bondi Junction at its doorstep,” said Stargate Property's managing director Andrew Starr.

“Buyers have become increasingly drawn to Bondi Junction during this gentrification phase and have realised the intrinsic value of the suburb which now allows them to buy into high quality residential developments in close proximity to local transport and major amenities including Westfield, the iconic Bondi Beach, Sydney CBD and the beautiful Centennial Parklands,” said CBRE residential director Tim Rees.

Bondi Central will launch on 1 April 2017. Construction completion is expected in mid-2019.