The sale of a parcel of residential lots in Buddina, Queensland has confirmed a $60 million beachside apartment project, to launch officially this year.

The six residential land lots purchased by Buddina Urban Development Group will become a beachside apartment project known as The Hedge at Buddina.

“We are very pleased to announce this major milestone for The Hedge at Buddina, which will begin construction in 2017,’’ said Jason Hague, of Buddina Urban Development Group.

“The Hedge at Buddina will be close to schools, bus links, major shopping and professional services including the new $2.03 billion Sunshine Coast University Hospital within the $5 billion Kawana health precinct,” Mr Hague said.

“With a patrolled beach and local surf club at its doorstep, the project also adjoins the newly upgraded Kawana Shoppingworld which has been earmarked for further major improvements in the coming years, including a cinema complex and new specialty shops.’’

The project will offer 92 apartments with one, two and three bedrooms, and five penthouses across five storeys.

The Hedge at Buddina is located on the Sunshine Coast. 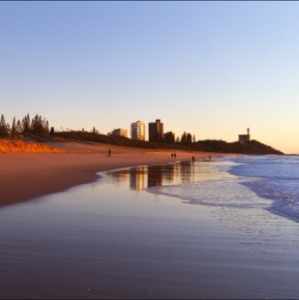