aster Builders Australia has announced the appointment of Denita Wawn as their new CEO.

Effective 20 March 2017, Ms Wawn will take over from the recently departed Wilhelm Harnisch who announced he would be stepping down earlier this year.

Ms Wawn will be Master Builder’s first female CEO in its 127-year history, and only the third CEO in 30 years.

In a statement released by the association, national president Dan Perkins said, “Denita’s qualities, skills and experience as a highly accomplished industry leader and advocate saw her emerge as the successful candidate from the comprehensive recruitment process undertaken by the board.”

Ms Wawn has been the general manager operations for Master Builders for the past 12 months, prior to which she was the CEO of Brewers Association of Australia and New Zealand.

“The board is confident that Ms Wawn’s leadership will see the implementation of its vision for Master Builders as a modern, credible and influential national voice for its more than 32,000 members,” said Mr Perkins.

“Denita has impeccable credentials for success including her wealth of experience spearheading game-changing advocacy and industrial relations campaigns at the National Farmers Federation (NFF), and the Australian Hotels Association (AHA),” he said.

“The board is excited by Mrs Wawn’s leadership and her strong grasp of the factors which drive success in industry associations, and her passionate commitment for standing up for the interests of members.” 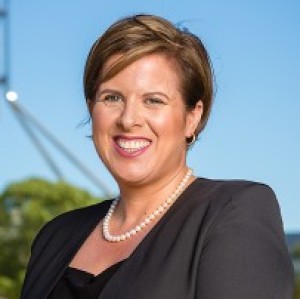