Record deals in 2016 have set Adelaide’s commercial market up for a successful 2017.

Impressive yields have attracted investors from across Australia to the Adelaide commercial market, according to commercial real estate network CBRE.

“In 2016, we witnessed a record number of sales and yields achieved in the sub $10 million range, where prices achieved were at levels not seen since pre-GFC,” said CBRE capital markets associate director Ben Heritage.

“We are continuing to see a lot of interstate investors from the eastern seaboard enter the Adelaide market as they’re seeing value in the yield discrepancy when compared to their local markets where yields of similar assets can be as low as sub 5 per cent,” said Mr Heritage.

The area has seen a rise in investors from the eastern coast, which has helped drive the record results.

Between 2015 and 2016, CBRE Adelaide sold over $490 million of sub $15 million category real estate, the majority of these sales were undertaken in 2016, which reflected an increase of 82 per cent in total dollar value from the year prior.

“This record result was largely driven by the leased investment market and an increase in capital coming from the eastern seaboard,” Mr Heritage said.

“This momentum has been building over the past two years, underpinned by factors such as record low interest rates, uncertainty in the commodity and share markets, and banks’ stance on lending,” he said.
“We expect this to continue throughout 2017, with retail, medical and childcare leased investments driving the market. These assets are becoming increasingly attractive to investors, offering lease terms of 10-15 years and achieving yields of between 5 per cent and 6 per cent — something that has not been seen in the Adelaide market previously.”

A rise in residential development sites within a 5-7 km radius of the CBD is also providing a growing demand in the area.

“Both local and interstate buyers are prepared to pay higher prices to secure opportunities before they go to the open market, with unabated demand continuing to be seen for blue chip investments,” said Mr Heritage.

“2017 should be viewed as a year of opportunity and can certainly provide property owners a lot of confidence moving forward.” 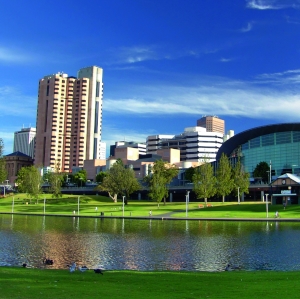