A boutique townhouse development on the former Hawkins Garden Centre at Albany Creek in Brisbane’s north has launched.

Preston Point, named as part of a competition involved Albany Creek State High School, is a $37 million estate consisting of 74 townhouses and resort-style recreation space on a 3.2 hectare parcel.

“This will be a truly ‘green’ community on the banks of Albany Creek, with just two-thirds of the 3.2 hectare site being developed to provide for extensive private green open space and retention of stately 100-year-old fig trees,” said Unison Projects’ Matt O’Driscoll.

“This is a rare blend of urban living and green space, just 14 kilometres from the Brisbane CBD and convenient to many local amenities and substantial infrastructure,” said Mr O’Driscoll.

“With 18 varieties of terrace designs and numerous facades to choose from, there’s a stunning new home to suit all tastes,” said Mr O’Driscoll. 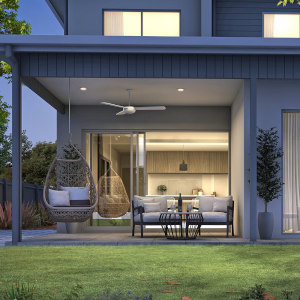