Regional homes by the beach are continuing to show excellent growth in property values according to new statistics.

Data from the Real Estate Institute of Victoria for the final quarter of 2016 shows that five of the top 10 most expensive locations are currently on the coast.

Barwon Heads continues to lead the way as the top-priced town in regional Victoria, rising 4.7 per cent in the December quarter to a median price of $916,250.

The nearby town of Queenscliff was second on the list, with the town’s median price rising 6.7 per cent in the last three months of the year to $752,500.

The nearby city of Geelong and its suburb of Newtown also made the top 10 — both with a median price of $680,000 — following strong annual growth of 11 and 8.8 per cent respectively.

Further afield, Lake Wendouree recorded a median price of $660,000 in the December quarter, while house prices in Gisborne rose 5.5 per cent over the same period to a median of $662,500.

Meanwhile, many affordable locations in regional Victoria currently fell well below the state-wide median price of $358,000. These are located around the state, from the west to Gippsland.

One of the state’s most affordable locations is Kerang, with a median price of $136,000. However interest from home buyers continues to grow, with the median price increasing in the final three months of last year.

Stawell also offers affordability with a median house price of $215,000, despite house prices in the town increasing more than 10 per cent over the past year.

The LaTrobe Valley towns of Morwell and Churchill were also among the most affordable locations — with Morwell rising 3.1 per cent to $165,000 in the December quarter, and Churchill with a median of $195,000.

However, for buyers seeking affordability near the coast, the beachside town of Loch Sport in Central Gippsland was one of the most affordable locations in Victoria with a median house price of $187,500. The town has also experienced strong annual growth of 17.2 per cent. 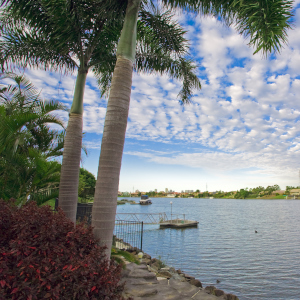