One of Australia’s most prominent developers has reached a new milestone with his investment portfolio, breaching 3,000 apartments.

Harry Triguboff, founder and owner of Meriton group, now has 3,066 apartments in his impressive portfolio, all located in Sydney, and has been accumulating for 15 years.

Last year Mr Triguboff was ranked as Australia’s richest person with a $10.62 billion fortune, and it is predicted he will add hundreds more residential apartments to his portfolio this year.

“This year we hit an all-time record, signing up 134 tenants in one week and battled to keep up with demand, which is great for both Mr Triguboff and for our investor clients,” said Victor Toscano, Meriton’s head of residential leasing.

“People want to be within easy reach of the CBD and they are after lifestyle – they want things like pools and gyms and they want shops, restaurants and cafes on their doorsteps,” said Mr Toscano.

Mr Toscano went on to say the vacancy rate for the Meriton group’s rent roll, which currently sits at over 6,000 residential apartments, is 0.06 per cent.

Meriton is believed to be the biggest manager of private rent rolls in Australia.

According to Mr Toscano, the apartments owned by Mr Triguboff produced an income of $79.57 million in the 2015-16 year.

“A lot have been added to Mr Triguboff’s portfolio since June 30 so the income figure’s expected to top $100 million in the latest financial year,” said Mr Toscano.

“Mr Triguboff is capitalising on an ever-stronger rental market for brand new apartments in Sydney, which he regards as one of the greatest cities in the world,” he said. 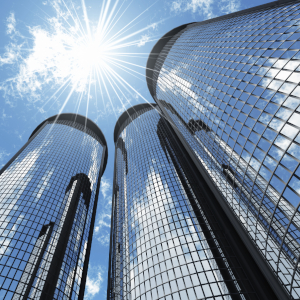