A ‘much-needed correction’ in new multi-unit developments should be the push investors need to consider older apartment offerings, says one property adviser.

“Period- or older-style apartment performance was sluggish in 2016 across Melbourne, with activity, rental and capital growth rates measured relative to houses. There was a dampening effect caused by an excessive boom in the high-rise or multi-unit sector over recent years,” said Paul Nugent, director, Wakelin Property Advisory.

“But it is evident from ABS financing and building approval numbers that the much-needed correction in the multi-unit sector has begun, and prices and volumes of new supply in this category will continue to shrink over 2017. Consequently, there is a strong case to be made that period-style apartments are undervalued at the moment. Indeed, with investors looking for safer assets in 2017, we anticipate a rush-to-quality out of high rise and into older-style apartments and houses,” said Mr Nugent.

Mr Nugent said this correction doesn’t mean that investors should expect growth to slow in the property market, especially not in Melbourne.

“Underpinning this view is evidence of persistent buyer demand off the back of lower interest rates, and a shortage of stock on the market. This shortage of stock is essentially the result of four years of buoyant sales volumes exhausting the pool of discretionary vendors. Eventually, one would expect potential sellers to respond positively to the price growth signal out there, but it hasn’t happened yet, and it may not eventuate until sometime in mid-2017,” said Mr Nugent.

A steadily rising population, stable economy and low interest rates support the theory the property market won’t see a downturn in the near future, despite fears of oversupply.

“If you are a prospective buyer, don’t make the mistake of waiting to see what happens in February and March before jumping in. You may find that property prices are 5 per cent higher in April than they finished 2016,” said Mr Nugent.

Mr Nugent also doesn’t place much stock in the theory that overseas events, including the current Trump presidency, will affect the Australian market negatively.

“The Australian property market has been subject to numerous external shocks that were supposed to damage it – the GFC, the tech wreck, wars and international terrorist events – and didn’t,” he said. 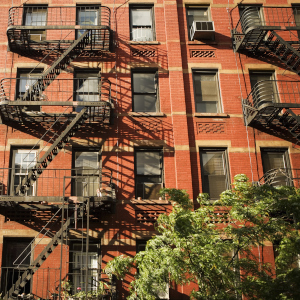