According to data released by CoreLogic, 2016 marked a turnaround for the Perth property market, and there’s more to come in 2017.

QWest Paterson director Rowan Hemsley says data provided by CoreLogic shows where investors in Perth should be focusing their efforts in 2017.

“The data shows that the suburb of Swanbourne recorded the highest median value growth during 2016,” Mr Hemsley said.

“This is reflective of a general upturn in the market across the western suburbs where buyers are recognising improved value for money as prices have come down somewhat over the last couple of years,” Mr Hemsley said.

Perth has been considered a market to avoid recently, largely due to a downswing in the Western Australian economy, rumblings began in 2016 that it would be one to watch as the property cycle had reached its lowest point and would soon begin to climb.

“Overall, while the Perth property market remains sluggish, there are opportunities for those willing to do the homework and find the places that are offering strong growth despite tough conditions,” Mr Hemsley said.

Other suburbs named as ones to watch included Cockburn, North Coogee featuring second on the top median value growth list for 2016 and Hammond Park, North Coogee and Coolbellup all in the top 10 for growth over five years.

“Cockburn is a diverse local government area that includes transit-oriented development at higher densities around the train station along with high-end coastal property in the likes of North Coogee,” Mr Hemsley said.

“This quality development activity has had a knock-on effect to surrounding areas in Cockburn such as Hammond Park and Coolbellup that are benefiting from a lift in housing values,” Mr Hemsley said.

Mr Hemsley also said Perth is currently home to large rental yields as a result of the low house prices, something which will appeal to investors.

“Suburbs such as Medina, which was listed at number one [for median value growth over five years], are well located in terms of proximity to the Kwinana train station, access to the freeway and employment nodes in Rockingham and Kwinana,” Mr Hemsley said.

“With a median house value of $257,819 that is a relatively affordable investment opportunity given the median house price in Perth is close to $500,000,” he said.

Is Perth prime for investors? 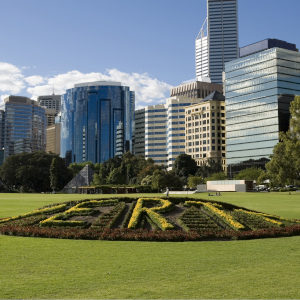