A development in West Melbourne is bringing Japanese inspiration to inner city living.

Most apartments come with a car park, with 199 available car spaces in the development.

Ikebana also features two VIP spa retreats, which can be booked at no cost by residents for private entertaining with their own spa, barbecue, bar and moonlight cinema.

“When you want to get away with your friends for a rooftop barbecue overlooking the CBD, you don’t necessarily want to be there with everybody else so we’ve created these two spaces that residents can book for the night and take 10 to 20 friends up there,” says developer Gurner CEO Tim Gurner.

The project is currently under construction. 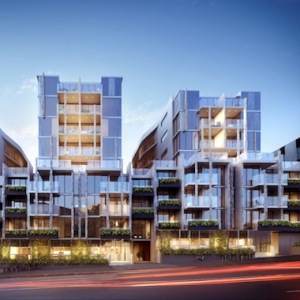