A new fintech is giving investors the chance to own part of a $1.5 million Port Melbourne home from as little as $157.

“BRICKX is popular amongst those who feel frustrated at being locked out of the housing market including aspiring first time buyers who are using BRICKX to track the housing market with their deposit savings as well as investors keen to expand their existing property portfolio in a more affordable, accessible way,” said BRICKX CEO Anthony Millet.

The BRICKX system works by breaking a property into 10,000 figurative portions, known as ‘Bricks’, which are then sold to investors.

Investors may then earn capital returns and monthly net rental income in proportion to the number of ‘Bricks’ owned.

The current property on offer is a two bedroom, two bathroom house on Esplanade East, five kilometres from Melbourne’s CBD in the suburb of Port Melbourne.

“Being just five kilometres from the CBD, we expect the rental demand for this property to be strong, and in the current Melbourne housing market, there have been few opportunities for investors to be able to get investment exposure to such a popular Melbourne suburb. Port Melbourne provides a cosmopolitan lifestyle close to cafes, restaurants and bars along with the beach, light rail and access to the CBD,” said Mr Millet.

Invest in Port Melbourne from $157 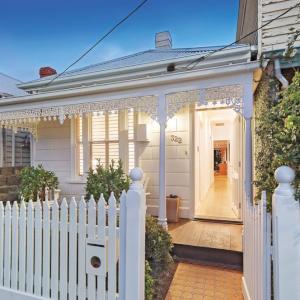