A massive surge of government investment has seen city workers turn to this harbour city.

The combination of this new development and the booming Sydney prices making the possibility of commuting from Newcastle a viable option, has seen investors turning to Australia’s seventh largest city.

Price growth in the area has outstripped Sydney, annual growth is currently sitting at 11.5 per cent to Sydney’s 10.2 per cent.

“Newcastle is a city coming of age. Newcastle offers a variety of accommodation options for both investment and permanent stays. Newcastle’s identity transformation draws significantly upon the emergence of more cosmopolitan landscapes within inner Newcastle associated with the gentrification of these areas. Vibrant environments that support security, safety, identity, historic continuity and cultural diversity, and allows for the efficient and timely provision of necessary infrastructure” said Mr Crawford.

“The momentum continues to build as the inner city has seen dramatic change over the 12 months, investor and business owner confidence is reassured… the wait is over, we anticipate no longer, the change is here. Plans for future connectivity to the harbour when the rail corridor is opened up with the proposed light rail taking its place” said Mr Crawford.

Research commissioned by the Newcastle Renewal Taskforce indicates the light rail and urban renewal will surge a $2.5 billion boost to the local economy. 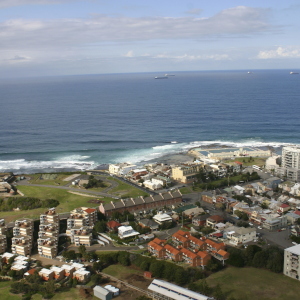