A report from one of the big four banks has found that despite fears over affordability, home ownership is still considered the Australian dream.

The Westpac 2016 Home Ownership Report found that 86 per cent of Australians believe that owning a property is the pathway to wealth, an increase of five points since 2015.

The report found that 44 per cent of investors turn to investing because they see it as their only path to property ownership.

The report found that Australians see property ownership as representing stability (65 per cent) and financial security (64 per cent), and say it gives them a sense of achievement (56 per cent).

“Affordability is a key concern for many Australians looking to get into the property market. Some first home buyers do not consider the expenses they will incur after they’ve purchased their property. I recommend intending first home buyers create a budget to monitor their income minus their everyday expenses. This will be a good indicator of how much they’ll be able to commit to repayments,” said Mr Screen.

Unsurprisingly, loan affordability and difficulty in saving a deposit were identified as two of the main challenges for those looking to purchase their first property, and buyers said they were concerned about being unprepared for the costs that come with owning property once the purchase has been made.

Sixty-nine per cent of those committed to buying property in the next two years said it would be an investment property, compared to 20 per cent of current home owners. 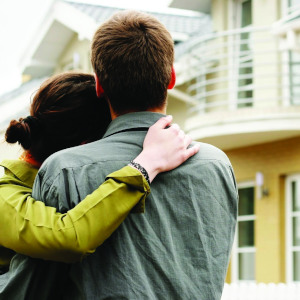