A new community near Ipswich in Queensland has sold more than 90 lots since its launch in early November.

The $350 million, 1,500-lot master-planned community, known as Waterlea Walloon, was launched on 4 November. A shortage of land in Queensland has fuelled strong buyer interest, the developer said.

Waterlea development manager Andrew Cook said the initial demand for the community was overwhelming, with strong interest from the local Walloon community and wider Ipswich area.

“Families have been drawn to the large blocks at Walloon, where the average lot size is more than 680 square metres,” he said.

“A full suite of transport, employment, local shopping, restaurants and lifestyle pursuits are offered at the established town of Walloon,” he said.

Brinton Keath, joint managing director, Queensland, at Oliver Hume, the property services group marketing the development, said many buyers were ready to sign a contract as soon as the project hit the market.

The market conditions were also favourable for the launch, he said.

“The market has allowed aspirational buyers to sell their existing home for a good price and pursue their plans of buying their new dream home at Waterlea,” Mr Keath said.

In addition, he said the Ipswich corridor is rapidly becoming one of the fastest-growing regions in Queensland.

“We don’t see the demand for land dissipating any time soon, with future stages of Waterlea experiencing strong interest due to its affordability and location,” he said.

The first precinct of Waterlea Walloon, consisting of 300 homes, will be completed at the end of next year, with 1,200 lots to be rolled out over the next five years.

$14 million of sales for master-planned community 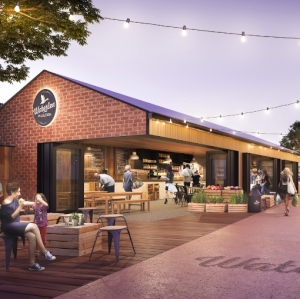