A $10 million development has been launched in a coastal Queensland suburb which has been a hotspot of activity in recent months.

ELITE Projects Sunshine Coast has announced the launch of its latest residential project, to be known as Billow, at Kings Beach.

The development will comprise five single-level home-sized residences and a two-level luxury penthouse.

The five single-level homes feature three bedrooms with ensuites and a powder room while the two-level penthouse offers four bedrooms with three ensuites, a separate bathroom, two powder rooms and a wet bar.

Bill Weir, the director of Elite Projects, said Billow’s location would be one of the development’s biggest draw cards.

“Offering stunning sweeping views of Kings Beach, the Pacific Ocean, north to Noosa and west to the iconic Glasshouse Mountains, Billow is a rare opportunity for astute investors or owner occupiers to own premium blue-chip property in one of Australia’s most sought-after coastal destinations,” he said. 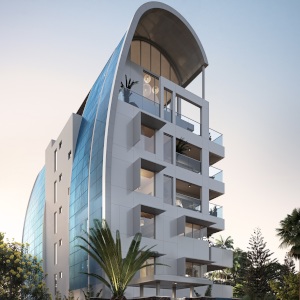