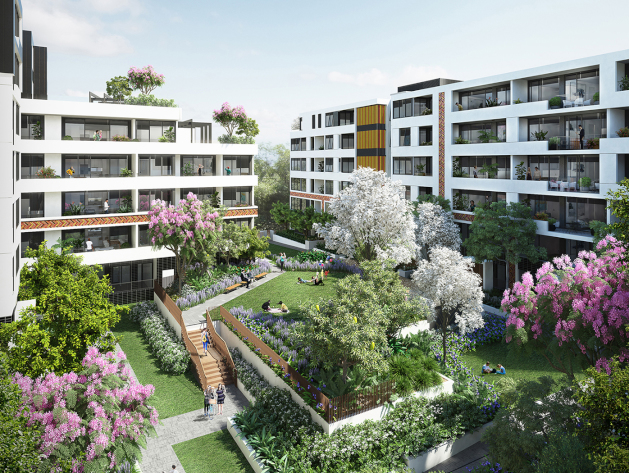 Meriton has launched Stage One of its development in Rosebery, and is looking to give buyers a taste of the “sweet life”.

The $1 billion community in Rosebery, known as The Gallery, will include the Mint Collection, two buildings of up to seven storeys and housing 187 apartments, which takes inspiration from the iconic Minties lollies which were made on the site a century ago.

The Mint marks Stage One of the development, with a further three stages – Coco, Spear and Amber – to be completed by late 2019. Upon completion, the 4.9 hectare development will house a collection of low-rise buildings, terrace homes and penthouse apartments.

Meriton bought the former warehouse and industrial property in Rosebery Avenue for $190 million last year and set out to pay tribute to its past, including its Mintie days. The Gallery’s buildings will feature ribbons of herringbone tile, designed to hint at wrapped candy boxes.

Meriton founder Harry Triguboff said Green Square and Rosebery are going from strength to strength and The Gallery would add to the area’s character.

“Green Square ushers in a new era for Rosebery and surrounding areas and presents a chance to raise the bar greatly in terms of quality lifestyles for residents,” he said.

The developer also noted old warehouses and factories are making way not just for apartments, but also for retailers, cafes, artisan providores, micro-breweries and designer stores.

Prices in the Mint Collection start at $700,000 for a one-bedroom residence and $1.415 million for apartments with three bedrooms, two bathrooms, a study and two car spaces. 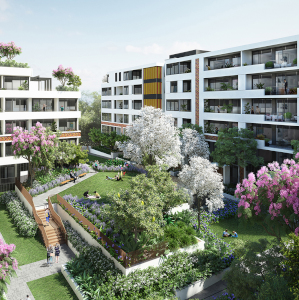