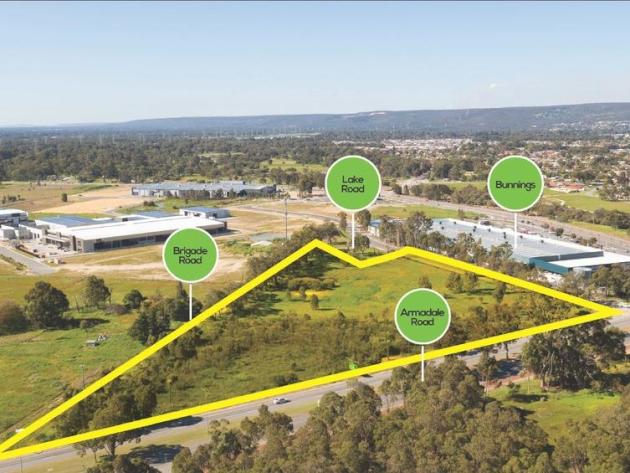 A wave of development in Perth’s south-east will aim to position it as a leading commercial hub over the next decade.

The new Forrestdale Business Park – being developed by the state government’s Metropolitan Redevelopment Authority – will inject more than $275 million of development into the area, aiming to transform Forrestdale into one of the city’s most prominent business precincts.

Located approximately 33 kilometres from the Perth CBD and 10 kilometres from Jandakot Airport, the proposed business park covers 367 hectares and is set to be a major employment zone for the south-east corridor.

A 2.6 hectare portion of the park in a high-profile corner location is now up for grabs.

The site is located on the corner of Armadale and Celsius Roads and is adjacent to the strong-performing Armadale Bunnings. It will support multiple development options including large format retail and light industrial.

Andrew Woodley-Page from CBRE who, along with Richard Cash, has been appointed to sell the site, said its strategic position at the centre of Armadale’s road network, including Tonkin Highway, would be a key factor underpinning buyer interest.

“The opportunity to acquire a significant footprint in the MRA’s Forrestdale Business Park is expected to attract interest from a wide pool of buyers, including local, east coast and offshore parties,” he said.

“With significant investment being made into the Forrestdale area, Perth’s south-east will undergo a major transformation over the coming years into one of our city’s leading commercial destinations.”

Mr Cash said the opportunity was well suited to a wide range of developments.

“The property provides for a multitude of development options including but not limited to retail showrooms, quick service retail, a petrol filling station and light industrial, appealing to both owner occupiers and investors looking to capitalise on the area’s growth,” he explained.

“More than 16,000 vehicles pass the site via Armadale Road on a daily basis, providing connectivity to and from the expanding south-east growth area.”

The property is being offered for sale via private treaty. 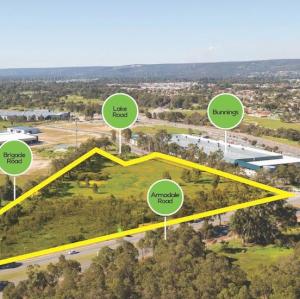