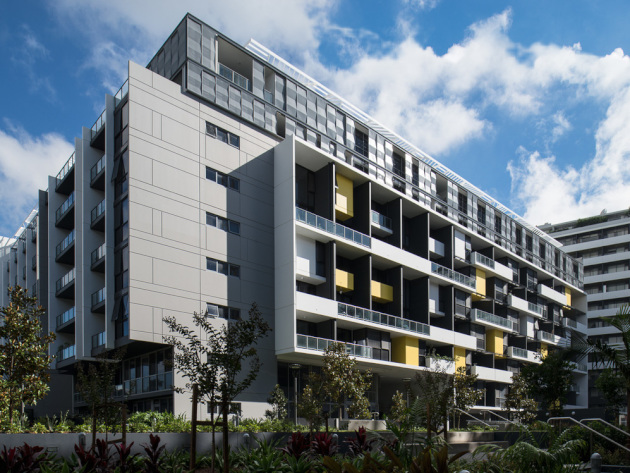 A Sydney suburb which is experiencing ongoing demand due to infrastructure projects and significant development has reached a new milestone.

Liverpool in Sydney’s west this week reached a significant construction milestone with the ‘topping out’ of the first stage of Skyhaus, Liverpool’s tallest residential tower – meaning construction has now reached the top of the 21-storey tower at 420 Macquarie Street.

Once complete, there will be two buildings connected by a five-storey podium.

Tony Johnson, associate director of Lateral Estate, the project’s developer, said more than just being a milestone for Skyhaus, the construction represents the ongoing strength of western Sydney.

“This is an exciting milestone for Skyhaus. The community has been so accommodating and we are proud to deliver them a state-of-the-art residential facility,” he said.

“Liverpool has continued to go from strength to strength over the years and has become a hub for innovation and major infrastructure development including the Westconnex Motorway and the planned Western Sydney Airport at Badgerys Creek.

“We are experiencing strong demand from people wanting to take advantage of the growing region and get in before it becomes another western Sydney boom area like Parramatta,” he continued.

Since its commencement in 2015, the construction of Skyhaus has created over 200 new construction jobs, with most of the sub-contractors on site coming from western Sydney, Lateral Estate noted.

The development will comprise 439 one-, two- and three-bedroom apartments and will feature resort-style communal facilities including a BBQ area, an oversized outdoor pool and retail outlets on the ground floor.

Lateral Estate said topping out ceremonies are marked by the lifting of a tree to celebrate reaching the top of a structure – and while this is usually done with a conifer or pine tree, in this instance they used an olive tree to signify the number of Liverpool’s residents who descend from southern Europe. 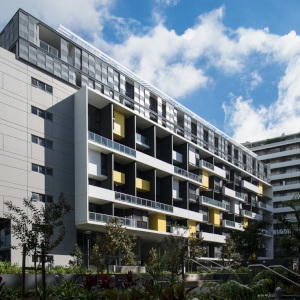