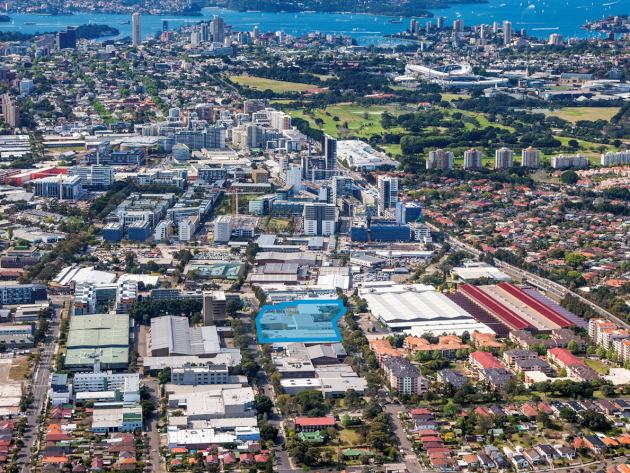 Three private lots of land in a hot Sydney suburb with a value over $100 million are up for grabs as the area continues its rapid transformation from industrial to residential.

12-40 Rosebery Avenue and 108 Dalmeny Avenue in Rosebery are up for grabs, with the 15,215-square-metre site currently housing existing industrial and commercial buildings equating to 11,722.80 square metres which generates a rental income in excess of $2 million plus GST.

The site has a dual frontage in excess of 170 metres to both Rosebery Avenue and Dalmeny Avenue. Selling agents Colliers International also noted the site is located “within one of Sydney’s strongest new apartment suburbs, with a potential gross floor area of 32,864.4 square metres and height limits of 29 metres”.

Colliers also highlighted the scarcity of available stock in the area and said investors are expected to “scramble” to get a hold of the opportunity.

Sales agents Michael Crombie and Trent Gallagher said Rosebery is one of the hottest markets in Sydney for residential apartments, driven by its close proximity to the CBD and “its trendy new food precincts, making it a desirable place to reside for the purchases of the end apartment sales”.

Mr Crombie said the opportunity was one of the best sites to come onto the market in 2016 because “it has great scale, over multiple titles, quality buildings and solid income, allowing staging of the development”.

“Well-known developers have focused heavily on the Rosebery precinct, including Meriton, Mirvac, Stockland, Top Place, LivStyle and JQZ as Rosebery provides a lifestyle choice for the discerning investor or occupier, with so many new trendy eateries within the precinct.”

He also noted the council’s new Gunyama Park and Aquatic Centre have dramatically assisted the local developers in luring high pricing and solid buyers for the precinct.

“Rates being achieved in nearby residential development projects such as ‘Symphony’ by Meriton, a 215-unit brand-new development on Epsom Road, Rosebery due for completion in mid 2017 are as high as $19,000 per square metre.

“Rosebery is recognised by many apartment purchasers as a safe and sound suburb due to its close proximity to Sydney CBD, Sydney Airport, major motorways, public transport and retail amenity,” he said.

The site is approximately 1.2 kilometres south-east of Green Square Station and will be for sale via expressions of interest, closing on 6 December 2016. 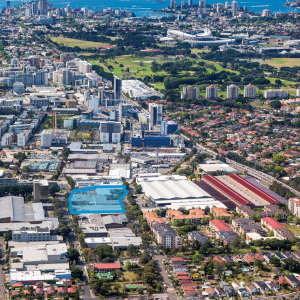