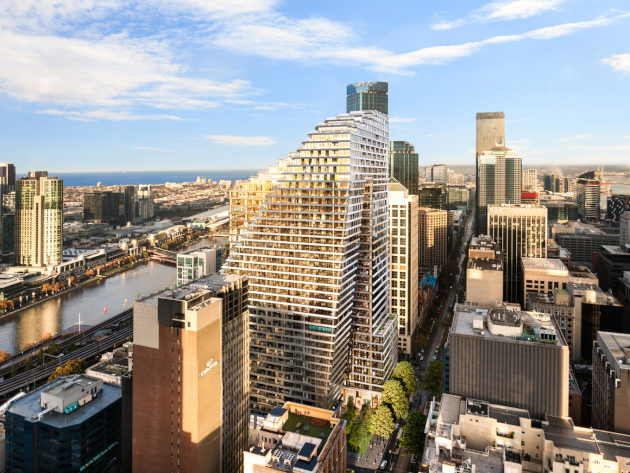 A new development with over 200 apartments is aiming to be “the best address in Australia”.

“Melbourne’s new landmark address” has been unveiled at 447 Collins Street, with the launch of Collins Arch by Cbus Property.

The two towers, which will fuse together into a “sky bridge” will be a mixed-use precinct including a five-star hotel, and will feature 202 luxury one-, two- and three-bedroom apartments.

“Not since Eureka Tower has there been such an opportunity for owner-occupiers who want to enjoy the pinnacle of apartment living in the world’s most liveable city, but also the global recognition associated with an architectural destination,” Cbus Property CEO Adrian Pozzo said.

The first sky bridge in Melbourne will house residential amenities, featuring a statement pool with views from the 34th floor to the city below. The facilities will also include a gym, yoga studio, private wine cellars, residential lounge and two private dining rooms with a catering kitchen, accessed by residents from the east and west towers. A sky garden will also be created on level 39 for residents.

“The idea of a city within a city drove the design – we wanted to create a new amenity for Melbourne that will be an amazing place to live, work or play,” said William Sharples, principal at SHoP Architects, the firm behind the project.

“The urban moves that make it successful on the street and in the skyline also work to optimise light, views and outdoor spaces for the residences, while also serving to activate the public realm.” 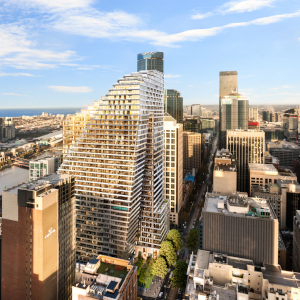