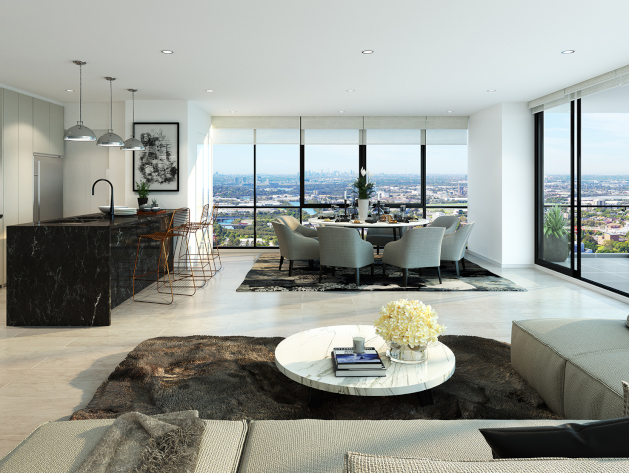 Meriton has announced the penthouses will occupy the top floor of the Altitude residential tower in a move which will place the owners 170 metres above the ground in the heart of Parramatta.

James Sialepis, Meriton’s director of sales, said the chance to capitalise on the panoramic outlook was too good to pass up.

“We have been influenced by the huge demand from buyers wanting to capitalise on a unique prospect – to acquire an apartment with house-like proportions virtually sitting in the sky,” he said.

“It’s not every day that an opportunity is offered to the market where purchasers will be able to enjoy not only great views, but also a superb location in the heart of global Sydney’s designated dual CBD.”

The larger of the penthouses, with 147 square metres of living space, will look north-east and have a 21-square-metre landscaped balcony.

The second penthouse will span 132 square metres and look south-east.

Altitude occupies the former David Jones site on Church Street, and was bought for $36.5 million in 2010.

The project consists of a 377-apartment residential tower and a 36-floor Meriton Serviced Apartments hotel with 254 suites which opened this month.

Eighty per cent of the apartments sold well ahead of completion of the 54-floor residential tower later next year.

Mr Sialepis said there was enormous buyer confidence in Parramatta, where growth in values and rents was strong. The median sale price of apartments has risen by 52 per cent in five years, with rents up 22 per cent in the same period, he said. 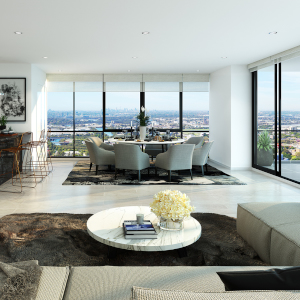