Various apartment projects in Queensland’s Townsville are stimulating the employment market and boosting the area’s economy.

Queensland minister for housing and public works Mick de Brenni said the Palaszczuk government was committed to maintaining a strong pipeline of housing construction across Townsville.

“This financial year we are investing close to $29 million into 17 new government-led housing projects in Townsville,” he said.

“Our construction pipeline will provide over 200 new homes and apartments for people at all stages of life.

“These projects are supporting hundreds of local jobs and adding to the Palaszczuk government’s pipeline of construction work for the city.

“All of these projects are being built by companies based in Townsville and I’m excited to see projects like this creating opportunities for local tradies.”

Minister assisting the premier on North Queensland, Coralee O’Rourke, said the construction activity and pipeline was important for supporting jobs in the region.

“Local carpenters, concreters, bricklayers, plasterers, painters, roofers and landscapers will all benefit from this new construction, contributing significantly to our local economy,” she said.

In addition, once completed, the unit complexes will provide 22 new homes for vulnerable Queenslanders, she said.

Mr de Brenni noted this construction was part of the Palaszczuk government’s $100 million pipeline of new government-led construction that is currently underway or ready to commence. 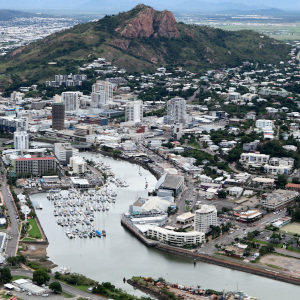