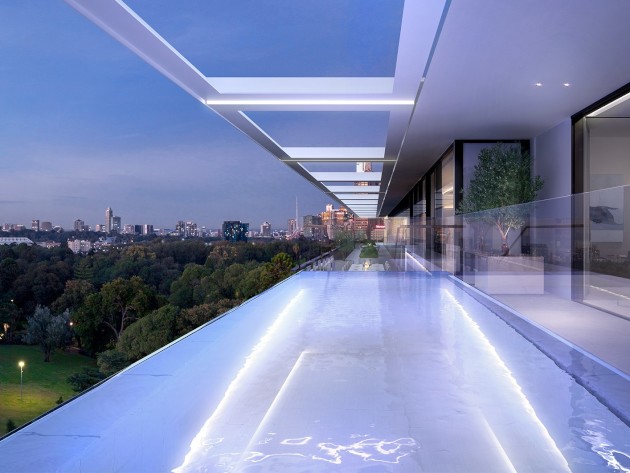 Mirvac has released its “dramatic” penthouse in a development where $300-millon worth of apartments sold in just three days.

The Grand Pavilion Penthouse at The Eastbourne overlooking Fitzroy Gardens features a transparent pool with “unparalleled views of the Fitzroy Gardens” and will be the “crowning glory” of the group’s latest development.

The five-bedroom penthouse has been designed by Mirvac and Bates Smart to rival the palatial apartments fronting Central Park in New York and Hyde Park in London.

It will feature 50 metres of park frontage and a 301 square metre panoramic landscaped terrace by renowned landscape designer Sam Barber.

The “Milan-worthy” internal marble runways for “the display of objets d'art” should make this 507 square metre penthouse a highly coveted address, according to Mirvac’s managing director and CEO Susan Lloyd-Hurwitz.

“The Grand Pavilion Penthouse at The Eastbourne will be a prize for the avid collector of craftsmanship, especially given its exceptional position, in the most liveable suburb in the most liveable city in the world. We expect international attention in regard to this special address,” she said.

Designed to appeal to the “upper echelon of property purchasers”, the penthouse will be sold via private tender. The process, a first for Mirvac, requests interested parties to confidentially submit their offer for consideration between 7 October and mid-November – at which time the tender will be concluded.

“The purchaser will be an extraordinary individual,” said Mirvac’s head of residential, John Carfi, “potentially an expat returning to our shores. We have already received some interest, and expect to open the tender with a number of proposals.”

The Eastbourne has been one of Mirvac’s most successful projects to date, following on from the legacy left by its first incarnation, The Melburnian, almost 15 years ago.

The development will feature approximately 250 apartments when completed in mid 2019. 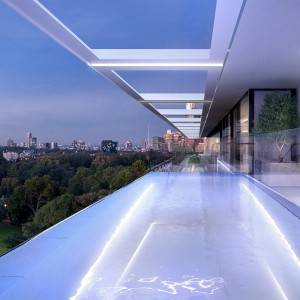