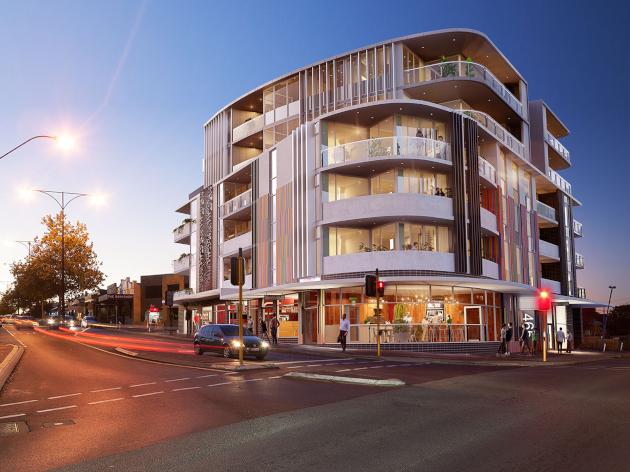 Construction of the $25 million Rose On Angove apartment project in North Perth is now underway with completion expected during the second half of 2017.

The boutique five-storey apartment development consisting of 39 apartments is located on the corner of Angove Street and Fitzgerald Street, North Perth and is being marketed by Limnios Property Group.

According to Limnios Property Group managing director, Irene Limnios, the start of construction at Rose On Angove is a major vote of confidence in the North Perth area.

“Buyers have already snapped up 31 apartments and these strong sales enabled the developer to move ahead with construction.

“Anyone purchasing the remaining eight apartments left for sale can do so in the confidence that they will be able to move into their new apartment in the second half of 2017.

“Buyers need to act quickly to secure the few remaining apartments in this development with just a $10,000 deposit," said Ms Limnios.

According to the managing director only eight apartments remain for sale and buyer interest in these apartments has jumped significantly as a result of the most recent interest rate cut in August.

“In particular, we have had strong interest from investors who can now secure two-year fixed interest rates for less than four per cent.

“Buyers now see these apartments as highly affordable considering their prime inner-city location. The median house price in North Perth is currently around $867,500 with prices at Rose on Angove starting from just $590,000," she said.

The remaining apartments currently for sale are located over different levels of the building with a large number — especially those on the top floor of Rose on Angove — are said to offer spectacular views of the city due to the elevated position of the site.

“Residents can fully enjoy these stunning views from their new home due to the fact that the apartments have oversized balconies.

“These apartments offer excellent value for money when you consider that they will be constructed to the highest standards, their prime location close to social infrastructure and the Perth CBD as well as the stunning city views they will offer," she added.

“The eight apartments currently left for sale are all two-bedroom apartments with prices starting from $590,000.”

Ms Limnios said off-the-plan property sales at the development had been strong due to location and price.

“Rose on Angove is located in the evolving Angove Street precinct with residents at the development having easy access to a growing number of local cafes, shops, bars and local restaurants.

“At the same time, the CBD is only a few minutes travelling distance from the development which means quick and inexpensive transport costs especially for property buyers who work in the inner city,” she said. 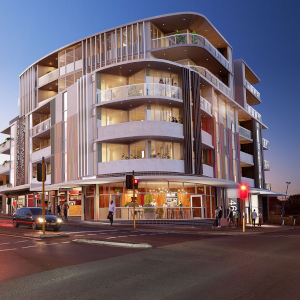