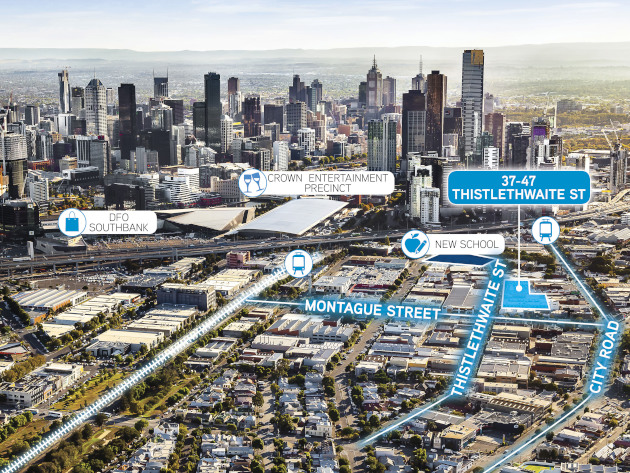 Despite ongoing fears of apartment oversupply in inner-city Melbourne, a local developer has snapped up a significant site with architectural feasibility for 84 apartments.

The property has no permit in place, but has the benefit of an eight-level height limit, three street frontages and an architectural feasibility for 84 apartments, according to Hamish Burgess, associate director, development sites at Colliers International, Melbourne CBD.

Oversupply concerns continue in inner-Melbourne, particularly around the Southbank precinct, but Colliers contends the area still has solid investment fundamentals.

“We are continuing to see strong confidence in the South Melbourne area from developers who are attracted to its convenient inner-city location and strong median house prices,” Mr Burgess said.

Trent Hobart, director, development sites, said interest in Fishermens Bend was going from strength to strength on the nacl of a number of projects in the precinct achieving strong pre-sales with encouraging sales rates.

“Melbourne’s city fringe, and more specifically South Melbourne and Fishermans Bend, has seen significant capital growth in the past two to five years and as such vendors are seeing this as a window of opportunity to capitalise on favourable selling conditions, where demand continues to outweigh supply,” he said.

The 37-47 Thistlethwaite Street sale comes after the sale of nearby 15-25, which a Chinese developer secured for $8 million.

“These sales are just the latest in a flurry of activity we are witnessing in this area as it becomes increasingly sought after,” Mr Hobart said. 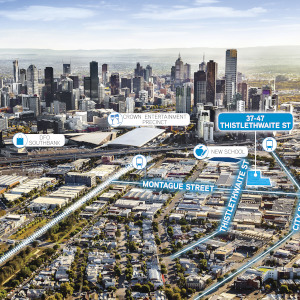