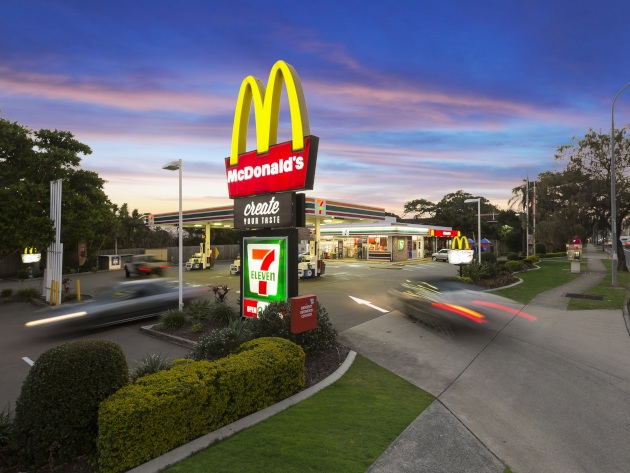 The McDonald's Drive-Thru Restaurant and 7-Eleven Service Station is set on a prime 3,011-square-metre corner site and reportedly provides exposure to more than 34,000 passing vehicles daily.

This blue-chip, high-exposure retail property, which was developed in 2001, is being offered for sale for the first time by exclusive selling agents Jon Tyson and Michael Harcourt of Savills.

Mr Tyson said the property is extremely well-located on the busy Gold Coast Highway at the traffic-light controlled intersection of 19th Avenue, the major east-west intersection at Palm Beach.

“Both McDonald's and 7-Eleven have fully occupied the site since it was first developed and are secured on long-term net leases with fixed annual rental increases,” Mr Tyson said.

“This is a premium retail investment opportunity with outstanding exposure that is 100% leased to dual national anchor tenants.

“Quality service station investments such as this are highly sought after by investors and this property also features a McDonald's Drive-Thru Restaurant, which are very rarely offered to the market.”

Mr Harcourt said the property is ideally positioned on the Gold Coast Highway to service the area's growing residential population and tourist trade.

“The site is zoned Medium Density Residential under the Gold Coast City Council Plan, which allows for future development up to 29 metres in height.”

The McDonald's Drive-Thru Restaurant and 7-Eleven Service Station at Palm Beach is being offered for sale via an Expressions of Interest campaign closing on 14 September 2016. 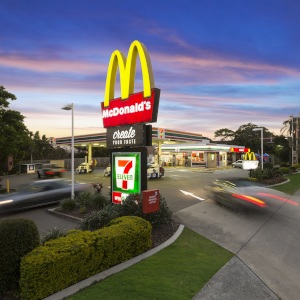