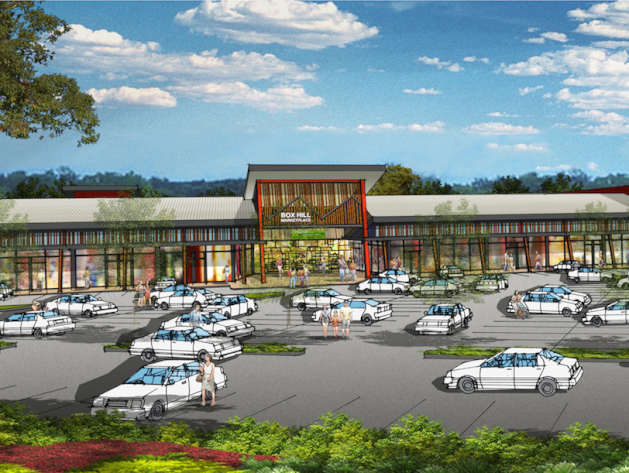 The first release of $1.3 billion of rezoned land in Sydney's north-west has sold out much faster than anticipated, prompting an early release of an additional 200 blocks of prime housing land.

The Hills of Carmel, a 2,000 lot sub-division spread across 223 hectares in the newly rezoned Box Hill, is set to release a further 180 blocks of prime housing land at the end of this month after a faster than anticipated sell out of the first stage.

More than 115 housing blocks have been sold to home buyers since the $1.3 billion site launched in mid-May, prompting an early release of the next 40 acres of untouched land in the Hills Shire.

The second land release is made up of level, easy-building blocks that will start at $420,000 for 300 square metres, with additional lots available for purchase at 375, 450 and 550 square meters.

Just five minutes to the soon to be completed Metro line at Rouse Hill and offering unparalleled views to the Blue Mountains, the vast and pristine land, once owned by Governor William Bligh in the 1800s, will form part of a community that includes a new shopping centre, playing fields, schools and extensive outdoor space and bicycle paths.

“With Sydney home buyers continuing to face a shortage of affordable housing, and in particular, detached dwellings, we expected strong sales for The Hills of Carmel. Even so, the first release has sold twice as fast as we expected,” The Hills of Carmel property development consultant Bob Welsh said.

“The Hills of Carmel is the best accepted estate that I’ve worked on in more than 50 years of property development — showing us that not only is there great confidence in this market, but that this development presents a unique opportunity to buy in early to the only master-planned community in the soon to be developed Box Hill,” he said.

According to Mr Welsh, The Hills of Carmel is also the only land in the Box Hill release area with all services currently enabled on site, and with housing construction ready to commence in mid-2017, will be the first to develop in the release area, acting as a path breaker for all future developments.

Member for Castle Hill Ray Williams believes that strong interest in The Hills of Carmel is a good indication of the strength of the housing market in the north-west.

“The rate the first release of land has sold shows how in demand this part of Sydney is,” Mr Williams said.

“Given the significant investment made by the NSW government in this area, particularly the new Metro rail line, I’m thrilled to see The Hills of Carmel has been so well-received and no doubt it will continue to grow.”

The first buyers in The Hills of Carmel are made up of first and second home buyers, young families and major builders like Icon, Masterton and Eden Brae who will be creating house and land packages. Overall, the development is expected to create thousands of new jobs, while injecting an estimated $700 million into the local economy.

The Department of Planning expects the new suburb of Box Hill to take shape over the coming five years, and to advance significantly over the next two decades to eventually comprise of 9,600 dwellings and population of more than 28,000 people.

Rezoned Sydney land sells out ahead of schedule