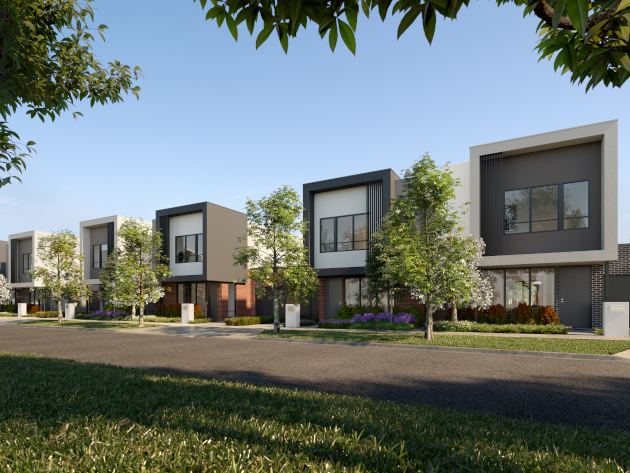 With new research revealing a growing number of Australian households consist of multiple generations of adults, developers of housing estates are reaping the benefits.

Research undertaken by the University of New South Wales (UNSW) has revealed increasing numbers of Australians are living in households of more than one generation of related adults.

Developers of new housing estates have also observed this trend, with a number of families purchasing next door or adjacent to one another to form multi-generational communities.

In the sold-out third stage of Cedar Woods’ Clayton South development Jackson Green, 29-year-old customer data analyst and first-home-buyer Henry Mok purchased a three-bedroom townhouse with partner Christine Chau, 29, two doors down from his parents, according to the developer.

“I was looking to purchase my first home with my partner and at the same time my parents were looking to downsize,” Mr Mok said.

“We decided to look for housing together so I can look after my parents as they get older and they can provide childcare once we have kids. We signed our contracts on the same day.”

Mr Mok said he was referred to Jackson Green through his partner’s sister, who also purchased in stage three.

“Jackson Green had all the lifestyle elements my parents and I were looking for, including well-sized three-bedroom townhouses, access to transport and access to a central park,” he said.

“Having my sister-in-law purchasing into Jackson Green was definitely a positive influence on our decision.”

At the time of the last Census (2011), one in five Australians lived in a multi-generational single household.

Demand remains high for quality housing in master-planned developments, as demonstrated by the sell-out of the first four stages at Jackson Green.

The third sales release was reportedly Cedar Woods’ fastest selling ever, reaching the milestone in less than two months.

“The sales success of Jackson Green demonstrates the family-focus of the community,” Mr Blackburne said.

“Melbourne’s south eastern suburbs have typically been a catchment for both young and established families, and by providing new housing stock close to transport links, Jackson Green has been able to provide an accessible entry point.”

“It’s important to have family and community links. Having family and friends close to each other means getting more support and having more social time,” he said.

The current release, titled the Boulevard Collection, includes 12 large four-bedroom townhomes, each of which occupies a generous allotment.

According to the developer, Jackson Green’s leafy, tree-lined boulevard and ample backyard space is designed to replicate communities of the eastern suburbs.

“Jackson Green’s 4,000 square metres of open space is designed for residents to embrace their community and the lifestyle of the south-east,” Mr Blackburne said.