One region’s property market is picking up steam as buyers snap up prestige home sites, with sales, prices and demand climbing.

The northern beaches of the Sunshine Coast — including Yaroomba, Coolum, Mount Coolum, Peregian and Point Arkright have experienced some of the strongest sales figures in many years, according to the latest data from Place Advisory.

Syd Walker, Place Advisory spokesperson said the Sunshine Coast’s northern beaches property market has experienced strong growth across all sectors, including the land market which has recorded 13.9 per cent price growth over the 12 months, ending March 2016.

“Our latest research into the area has indicated that the luxury house market on the northern beaches has shown strong growth over the past 12 months with home sales over the $1 million mark experiencing 7.9 per cent price growth, recording a median price of $1,446,250,” he said.

Sekisui House senior development manager, Evan Aldridge, said demand for land as well as house and land packages within the ‘Beachside’ estate is driven by strong interest from owner-occupiers wanting to live in an exclusive beachside community.

“There’s a real scarcity of vacant land within the northern beaches region so when you offer buyers the opportunity to live in a naturally harmonious environment with access to pristine beaches as well as Mount Coolum, then it’s easy to see why demand has continued to increase over the past few years,” he said.

The last vacant land lot in the ‘Beachside’ estate has just been sold out, according to Mr Aldridge, with the final lot going for $696,000. The first Affinity home, he said, sold off-the-plan for $1,320,000.

Investors, he noted, could be running out of time to get a piece of the action.

“The only product we currently have for sale are the Affinity homes in Beachside which are under construction and perfectly suited to their beachside lots. Each design maximises the natural light, ventilation and outdoor entertainment spaces while the interior features open-plan living allowing a seamless connectivity between all rooms,” Mr Aldridge said.

The Beachside estate is less than 10-minutes’ drive to the $350 million expansion of the Sunshine Coast Airport which will include a new runway in order to take a greater range of international flights by 2020 and contribute $4.1 billion to the local economy while generating 2,230 jobs, the group said in a statement.

5 suburbs soar on the back of new development interest 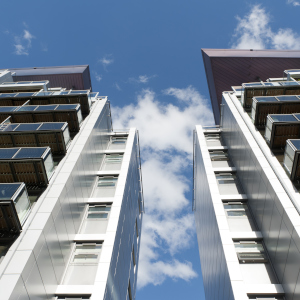