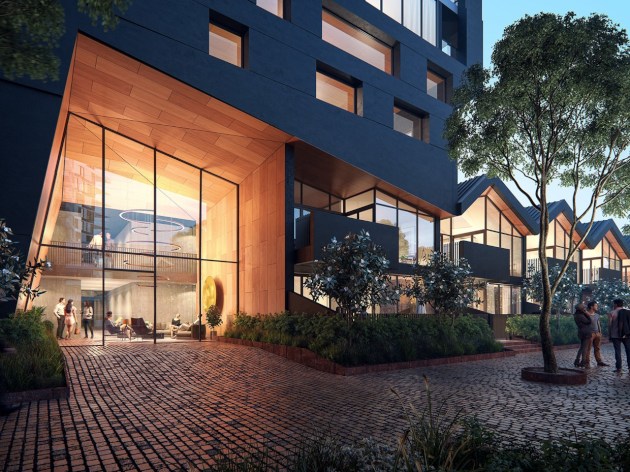 Fuelled by demand in the key growth area of south-west Sydney, Coronation Property has unveiled The Gild, the next stage in its award-nominated precinct The Paper Mill on Georges River.

Along with a surge in population growth, Liverpool is reportedly experiencing increased demand for high quality apartment-style living. Latest statistics from NSW Planning and Environment for the south-west sub-region show that continued population growth will result in an almost 50 per cent increase in households with children, and a slightly lower growth for couples-only or lone person households. Both of these groups show high demand for apartment dwellings, as evidenced through the demand for stages one and two of The Paper Mill.

In response to demand, The Gild has been designed as a mix of one, two and three-bedroom apartments that take advantage of the riverside location and is enhanced with communal amenities including a rooftop pool.

“Liverpool is a key growth area of south-west Sydney and Coronation Property is pleased to be able to supply the new build, high quality housing whilst developing a vibrant community at the same time,” Coronation Property managing director Joseph Nahas said

Led by architects Woods Bagot, landscape designers Aspect Studios and urban designers Architectus, The Paper Mill precinct is a collective vision to combine contemporary living with green spaces and boardwalks to encourage the community to enjoy the beautiful Georges River.

According to the developers, The Gild has been planned as a boutique development of just 82 apartments, with the building designed blend seamlessly with the first two stages of The Paper Mill. Incorporating a planned retail hub of coffee shops and mixed business tenants in the restored paper mill from which the precinct derives its name, also planned is a complimentary shuttle bus between the precinct, the Liverpool CBD and train station along with a series of ‘Go Get’ car share spaces.

The prime location of The Gild places it within easy access to Liverpool CBD as well as education and childcare facilities (including the University of Western Sydney campus and the future University of Wollongong campus site opening in 2017), sporting venues, major parks, reserves and streetscapes and leisure and aquatic centres. The planned WestConnex, Sydney Metro and Badgerys Creek infrastructure projects will bolster the established transport network. 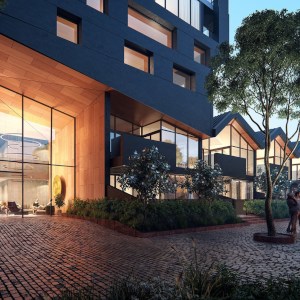