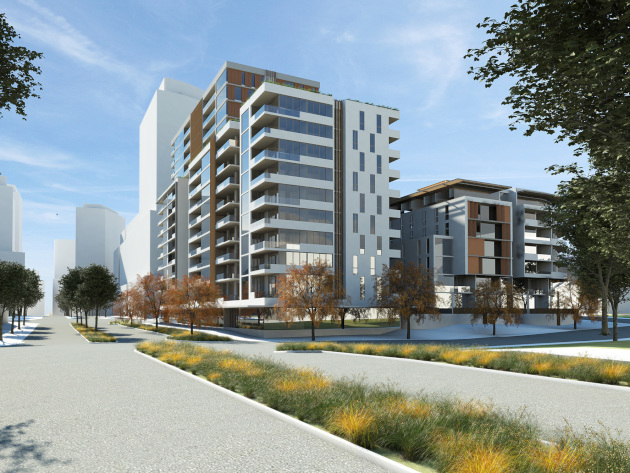 The last remaining development opportunity within Sydney’s internationally-renowned architectural precinct Green Square town centre has been announced on the market.

Comprising a 9,693-square-metre area, the site at 811 Elizabeth Street, Zetland, is located diagonally opposite the aquatic leisure centre, which will include a 50-metre outdoor pool set within a ‘beach pool’, indoor pools and gym, a park, native landscaping, and play equipment.

According to Knight Frank, the $13 billion Green Square project is set to transform the area over the next 10 years with a variety of infrastructure, community facilities and entertainment options.

According to Eugene Evgenikos, Knight Frank’s head of metropolitan sales in NSW, the soon-to-be-completed 5,500-square-metre Drying Green Park, Gunyama Park and the aquatic leisure centre, all located within a short walking distance, provide a remarkable point of difference and desirability for any ensuing development.

Mr Evgenikos said they are anticipating interest from offshore and local developers.

“This is a premium site, and we are expecting a high level of interest. South Sydney is recognised as one of the most sought-after urban regeneration precincts in Sydney, and Green Square is considered the jewel in the crown,” Mr Evgenikos said.

“The precedence for high-density development in the immediate vicinity of the new aquatic centre has been well established, with this site being the last piece of the jigsaw puzzle, the missing link, in connecting the boulevard through Green Square town centre.”

“The dynamics of this site make it a very attractive proposition. Recent residential site offerings in the area include Mirvac’s The Finery at Waterloo, which is recording strong launch sales with over 75 per cent of the first stage release of 118 apartments and terraces sold,” Mr Holtsbaum said.

The Green Square town centre development area is 278 hectares, and will eventually be home to 30,500 new dwellings. This includes approx. 10,000 now under assessment or construction.

When fully completed after 2030, Green Square’s total population is expected to reach 61,000.