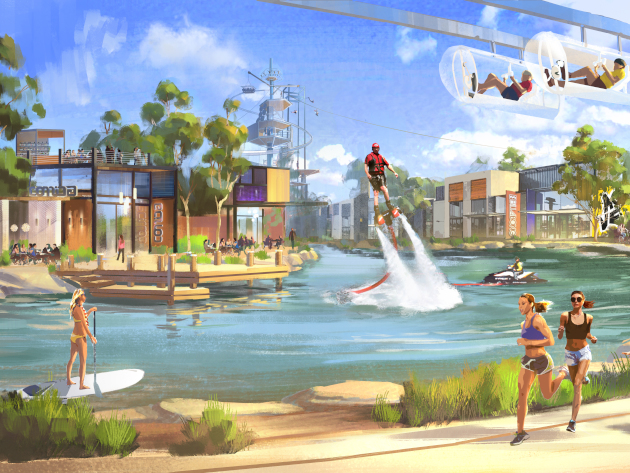 Ploughing more than $400 million into its first project in the sunshine state, Sanad Capital’s yet-to-be-named ‘active lifestyle’ development is set to increase spend to the area by $60 million per annum throughout construction, and $30 million per annum thereafter, according to the developer.

These statistics, sourced from an economic benefits and needs analysis report produced by Sanad Capital, found that the new master development will offer employment opportunities for the young, which could lower the above average youth unemployment figure of 8.9 per cent. And with the Sunshine Coast’s new airport plans, visitors are reportedly set to double by the year 2030.

Sanad Capital’s chief executive Bradley Sutherland, a Queenslander himself, said, “We are very serious about growing the economy here and tourism is one of the four pillars the state government is also focused on. Our master ‘active lifestyle’ hub is located in the tourist corridor and will contribute to the consolidation of active leisure and tourist attractions in the Sunshine Coast region.

“Emulating the grandeur and wow factor of some of Dubai’s tourist attractions and events, including water parks and lifestyle hubs, the Sunshine Coast project will comprise a world’s-first ‘wave reservoir’, world-class water park and extreme water sports facilities, a prestigious sports training and development centre, as well as a four-star hotel, an exhibition and conference centre, cafes and restaurants, international and local retail outlets and on-site car parking,” he said.

“We will create thousands of jobs for Queenslanders and are looking to longer-term benefits, as the depth of the activities we are bringing will encourage visitors to stay longer, which will have a positive knock-on effect on expenditure in the local economy.”

The project is reportedly set to offer 2,000 direct and indirect jobs throughout construction, adding $60 million per year to the economy throughout the build phase, totaling $260 million to completion.

On the Sunshine Coast, the current hotel market is under-represented because of the risk associated with this type of development. The hotel component will be a major attraction and will help the region compete with Brisbane and the Gold Coast, as new brands start to enter the market, according to the developer.

“Essentially, this will strengthen the viability of the surrounding tourism infrastructure and increase the area’s competitiveness as a regional and international tourist destination,” Mr Sutherland added.

“Currently, the Sunshine Coast attracts 9 million tourists per annum, with an average stay of 13.4 nights,” he said.

More details on the master development will be released later this month and construction is due to begin in 2017. 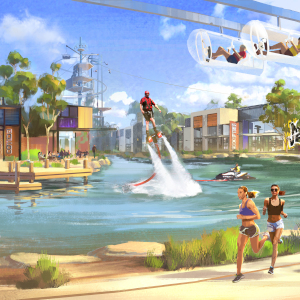